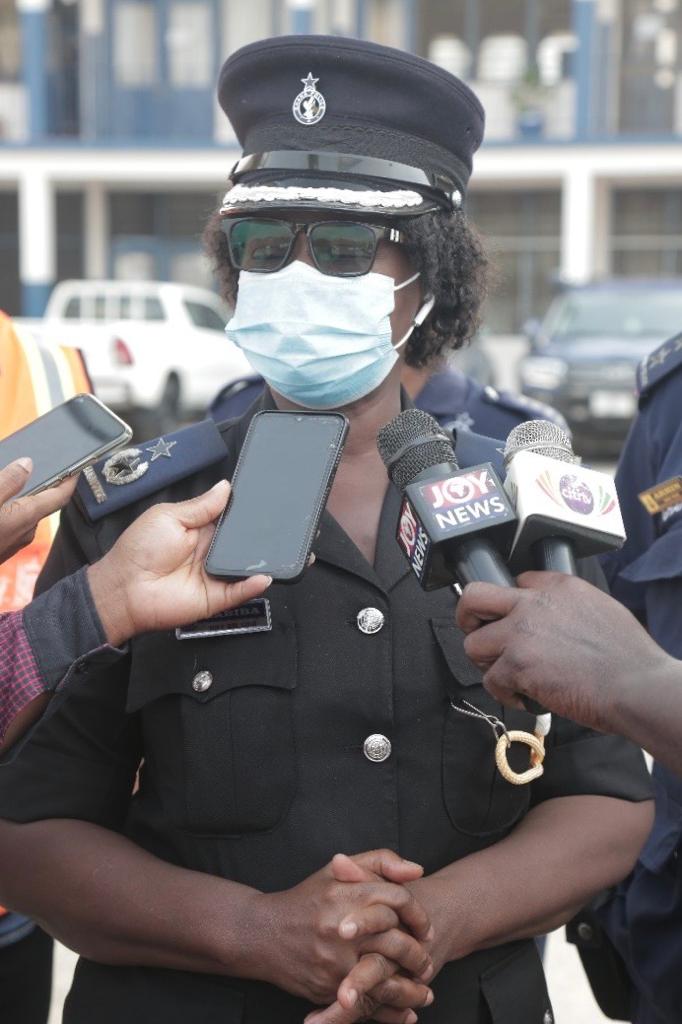 The police in the Central Regional has appealed for a quarterly disinfection of all police installations in the region.

The Central Regional Police Commander, Deputy Commissioner of Police (DCOP) Habiba Twumasi Safo, made the appeal when the Regional Police Headquarters at Pedu Cape Coast, benefited from the second phase of disinfection in all police stations in the country on Tuesday, February 9, 2021.

According to her, this has become crucial because of the fact that they receive different people in their facilities on a daily basis.

She went on to add that a quarterly disinfection of their facilities would equally help protect officers and inmates.

She noted that the police were not only enforcing the covid rules, but also sensitising and cooperating with other corporate bodies to distribute face/nose masks to the public.

She noted that the command has so far not recorded any positive Covid-19 case.

In this regard, she urged people in the region to repose confidence in the police to protect them in these unprecedented times.

Furthermore, DCOP Twumasi Safo encouraged the residents to furnish the police with good information to help them combat crimes.

She said the police in the region were grateful to government and Zoomlion for the exercise.

The Central Region Vector Control Manager of Zoomlion, Mr Gideon Sogbede, revealed that his outfit was expected to disinfect one hundred and twenty (120) police facilities in the region.

He was confident that the exercise will minimise the new covid strain, urging people in the region to fully with the covid safety measures.

He said Zoomlion was using WHO approved chemicals to do the disinfection.

It would be recalled that the police in May last year, launched a nationwide exercise at the Police Training School in Accra to fumigate and disinfect all 1,249 facilities of the service in the country.

The Inspector-General of Police (IGP), Mr James Oppong Boanuh, who launched the exercise, said the health and safety of personnel of the service were paramount to ensuring security in the country. That exercise spanned one month.