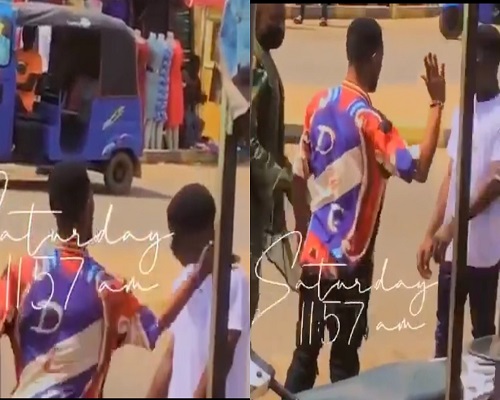 There’s been several viral videos on social media, where law enforcers have had to use force and aggressiveness, to get people to adhere to the safety precautions regarding the current pandemic.

The President himself, Nana Addo Dankwa Akuffo-Addo in his address to the nation, cautioned security personnel to exert strict measures on people, who refuse to adhere to protocols.

In this new video, a soldier is seen compelling two young guys to take turns and slap each other, allegedly because they were walking in town without nose mask.

While some Netizens are saying the Soldier’s actions scream unprofessionalism, others say he is only doing the needful to help curb the spread of the deadly virus.