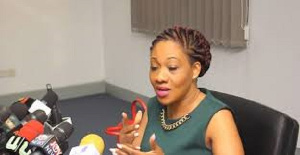 The Supreme Court will on Thursday, decide whether or not Madam Jean Mensa and Peter Mac Manu will mount the witness box.

Lawyer Justine Amenuvor on Monday had told the Supreme court that “given the evidence of the petitioner’s witnesses under cross-examination so far, of those witnesses, speaking for the 1st respondent, it is the 1st respondent’s case that we do not wish to lead any further evidence and therefore we are praying that this matter proceeds under Order 36 Rule 43 and CI 87 rule 3 (e) 5, we hereby and on that basis close our case.”

Lead counsel for the Second Respondent, President Nana Addo Dankwa Akufo-Addo, Lawyer Akoto Ampaw had also said he will not present any witness because the petitioners had not satisfied the burden of proof.

In today’s hearing at the Supreme Court, Lead counsels for all the parties gave their legal argument with lawyer Tsatsu Tsikata insisting that there is no issue of human rights for the chairperson of the EC to be cross-examined especially because of the nature of her job.

He insists the EC Chair has a constitutional duty to give accounts of what she has done in the conduct of her responsibility.

The petition has been adjourned to Thursday, February 11 for a ruling.

VIDEO: Can I answer to you one at a time! – Tsatsu clashes with SC bench