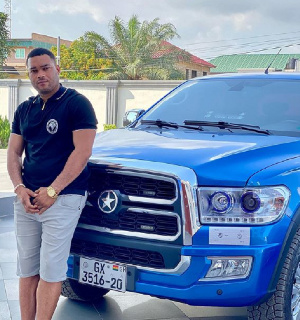 The Chief Executive Officer of Kantanka Automobile, a Ghanaian-owned automobile manufacturing and assembling company, Kwadwo Safo Kantanka Jr, has debunked claims that their cars are not built to meet international standards.

He believes that people consider their cars to be substandard “just because it’s a black man who made it.”

Kantanka Jr, in an interview on ZionFelix, monitored by GhanaWeb, indicated that the government does procure their made in Ghana vehicles for the Ghana Police Service as well as other Ministries.

He also revealed that foreigners who have tested the durability of Kantanka Automobiles order them to manufacture and ship it to their countries.

“Those people who have the perception that our cars are substandard are those who happen to stumble on free data (laughs), and so they write whatever comes mind. Maybe one day, I would have to have a press statement and let people know how many cars we’ve sold for the past 5 years,” he indicated.

He further stated that “We have government coming to us to make cars for the police. The people who are complaining are the ones who don’t even buy cars or own one.”

“They make a comparison of our cars with fairly used cars from outside, you don’t do that, compare my car to the same module as that vehicle you see and tell me the reason why you believe mine isn’t of high quality. Some make these statements just because it’s a black man who made it.”

Kantanka Automobile was established in Ghana by Kwadwo Safo Kantanka and has manufactured a wide range of cars for local and international use.

Kumasi traders to embark on strike