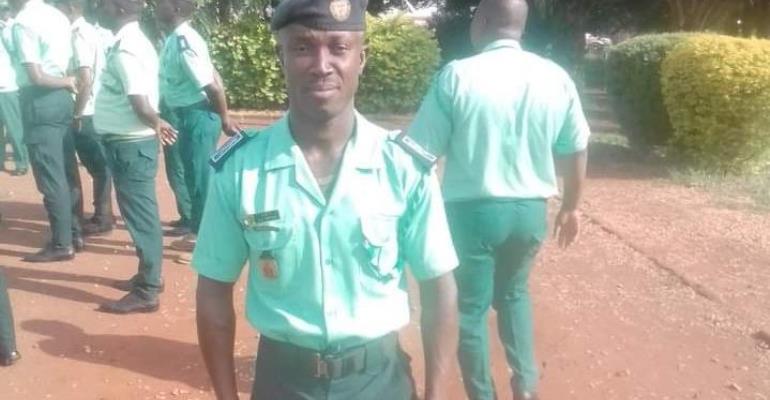 The Emergency Medical Technician who narrowly escaped death during a highway robbery that led to the death of an ambulance driver, Abraham Tetteh, is demanding justice for the late colleague.

Rachel Owusu who was attacked, in an exclusive interview with Citi News, narrated the harrowing ordeal the team racing to save the life of a woman in labour and her unborn child, went through at the hands of the robbers which led to the driver suffering two gunshot injuries with one in the eye.

She is demanding state protection for the emergency medical technicians and justice for the deceased who is survived by a wife and two young children.

The Deputy Eastern Regional Administrative Manager for the National Ambulance Service, Felix Owusu led a delegation to the family of the late Abraham Tetteh at Somanya on Saturday to officially inform them about the passing of their son and to commiserate with them.

The deceased, Abraham Tetteh – a member and an instrumentalist of the Church of Pentecost Central Assembly in Somanya left behind a wife and two children.

For the family, only justice can heal their pains.

Vida Tei, widow of the deceased who could not hold her tears was still in denial. She appealed to government to assist her cater for the children.

“He was saving a lot of lives. So the government should come and support me. He was my everything We have lost everything. How can I live and take care of the children without my husband?” she stated.

Eight suspected armed robbers shot Abraham Tetteh in the eye and extorted monies from his other colleagues at Asesseso in the Eastern Region.

The staff were transferring a woman who was in labour and her relative from the Akuse Government Hospital to the Koforidua Regional Hospital when the robbery attack occurred.

The unconscious driver was transferred to the Korle Bu Teaching Hospital on life support at the Intensive Care Unit (ICU) of the facility.

Personnel of the National Ambulance Service in the Eastern Region say they are living in fear following.