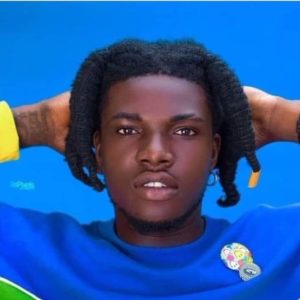 Music lovers in Cape Coast got a shock of their lives when one of their darling dancehall musicians was allegedly stabbed to death by a colleague.

The victim has been identified as Unruly Gully Grank.

There are rumours that the artiste, born Aikins, was stabbed as a result of raging beef he has with another dancehall artiste in the town.

The reports suggest that the two of them had a banter on social media over who is the lyrical giant with a wide fanbase.

Per the reports, Unruly Grank and one Kahpun met at Cape Coast Castle for their battle but the rap battle turned bloody, resulting in the former’s death.

Below is a screenshot of his last words: