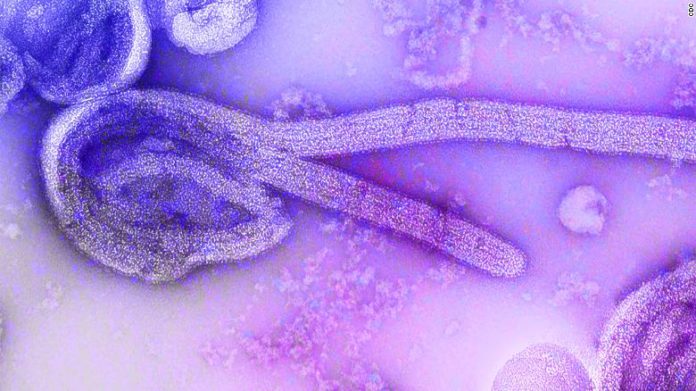 A new case of Ebola has been identified near the city of Butembo in eastern Democratic Republic of the Congo (DRC), the country’s health ministry has announced.

A woman was found with symptoms of the deadly virus in the town of Biena on February 1, who died in hospital in Butembo on February 3. She was married to a man who had contracted the virus in a previous outbreak.

“The provincial response team is already hard at work. It will be supported by the national response team which will visit Butembo shortly,” the ministry said in a statement on Sunday.

More than 70 people who came into contact with the dead woman have been tracked and the places she visited are being disinfected, said the World Health Organization, which is helping with the response.

Samples have been sent to the capital, Kinshasa, to confirm the link to the previous outbreak.

“It is not unusual for sporadic cases to occur following a major outbreak,” the WHO said in a statement.

The announcement potentially marks the start of the DRC’s 12th Ebola outbreak since the virus was discovered near the Ebola River in 1976, more than double any other country.

It comes nearly three months after the DRC announced the end to its 11th outbreak hundreds of kilometres away in the northwestern province of Equateur, which infected 130 people and killed 55. That outbreak overlapped with an earlier one in the east running from August 1, 2018 to June 25, 2020 that killed more than 2,200 people, the second-most in the disease’s history and the deadliest in the DRC.

The last person declared recovered from Ebola in Equateur was on October 16.

The widespread use of Ebola vaccinations, which were administered to more than 40,000 people, helped curb the disease.

The emergence of more cases could complicate efforts to eradicate COVID-19, which has infected 23,600 people and killed 681 in the DRC. A vaccination campaign is expected to start in the first half of this year.

Ebola is a virus-caused haemorrhagic fever that is spread through contact with body fluids. In extreme cases, it causes fatal bleeding from internal organs, the mouth, eyes or ears.

The average fatality rate from Ebola is around 50 percent but this can rise to 90 percent for some epidemics, according to the World Health Organization.

The virus that causes Ebola is believed to reside in bats.

Why I killed my wife and child – Evangelist confesses