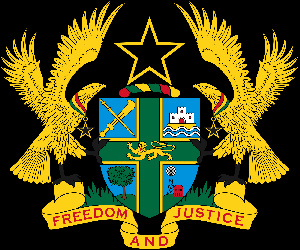 A total of seven candidates have filed their nominations to contest the election of the Member of Council of State position to represent the Upper West Region.

The rest are Naa Emmanuel K. Mwinila-Yuori, the Chief of Gbankor and Mr Abubakari Sadik Mohaisen.

The election, which is scheduled to take place on February 12, 2021, will see the 22-member Electoral College cast their ballots to elect one person among the seven candidates to represent the region at the Council of State.

Mr Emmanuel Kyei, the Deputy Upper West Regional Director of the Electoral Commission said the candidates’ nomination forms had already been submitted to the head office of the Commission in Accra.

He urged candidates to go about their campaign lawfully to ensure a smooth electoral process come February 12, 2021, adding that the security of the election was guaranteed.

In an objection letter addressed to the Municipal Office of the EC, Mr Donkor stated emphatically that there was no meeting of the Assembly to build consensus or elect persons to represent members at the impending Council of State Elections.

“The Law requires that there should be a meeting at which a consensus is reached or failing, which an election is conducted among members so that the person(s) who wins will represent the Assembly”, he said.

The Kperisi Assemblymember noted that Mr Abdul-Rahman Topie Karim and Adams Mahamood Mumuni were not selected through due process and therefore did not qualify per the law to represent the Wa Municipal Assembly as delegates in the impending Council of State election.

“I, therefore, object to their wrongful selection and representation and further calls for the right process to be applied in keeping with the laid down procedure in accordance with the law”, Mr Donkor said.

Related Topics:COUNCIL OF STATE
Up Next

Election Petition: Rojo Mettle-Nunoo to be in the witness box today