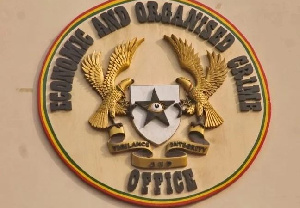 One of the medical doctors arrested by the Economic and Organised Crime Office in connection with a recent crackdown on a baby-harvesting and human trafficking syndicate has admitted to selling more than 12 babies over the period.

This was revealed by the Executive Director for EOCO, Commissioner of Police Frank Adu-Poku (Rtd) in an interview with Accra-based Adom FM monitored by GhanaWeb, stated that his outfit’s collaborative investigation with the Ghana Medical and Dental Council has led to the unravelling of many secrets including the confession by the doctor.

“During our investigations and during the process, one of the doctors told us that he has sold about 12 babies. This tells us what is happening in our hospitals,” he stated.

Whiles failing to give further details on the revelation, COP Adu-Poku urged mothers to be vigilant especially during and after labour.

“Women should be vigilant when they are about to deliver because the moment you refuse to pay attention or a family member stops paying attention, it may become problematic,” he added.

Last week, the Economic and Organised Crime Office (EOCO) and the Ghana Medical and Dental Council through collaborative efforts arrested 11 people suspected to be involved in the harvesting of babies and human trafficking in some health facilities in the Greater Accra Region.