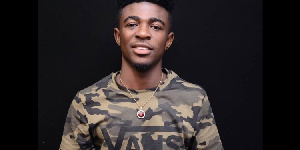 According to him, the persistent, irregular and unpredictable power outage during the time when production of Ghanaian movies was abundant affected the demand for Ghanaian movies.

Speaking in an interview on Happy FM’s Showbiz Xtra show, he said: “The collapse of the movie industry started with dumsor. Usually, on Mondays, at least ten movies were released for the market. But people stopped patronizing the CDs for fear that there will be power outages which won’t allow them to watch these movies at home. When dumsor was minimal people began to forget about CDs. The digital had taken over. All the DVDs were a thing of the past.

Frank furthered that even though, dumsor had destroyed a lot, the leaders of the movie industry did not do enough to elevate the movie industry. “But some of our leaders were not smart enough. Look at the music industry. At first, the focus was on albums but now people release singles and focus on online streaming”, he added.

The sentiments by Frank Naro on the failings of the Ghanaian movie industry was also expressed by comic actor, Akrobeto, late last year.

According to him, the frequent blackouts greatly affected the work of the movie industry players.

Ghanaians experienced an irregular supply of power between 2013 and 2016, locally referred to as ‘dumsor’.

The persistent power outages frustrated many people and also led to the collapse of some businesses in the country.