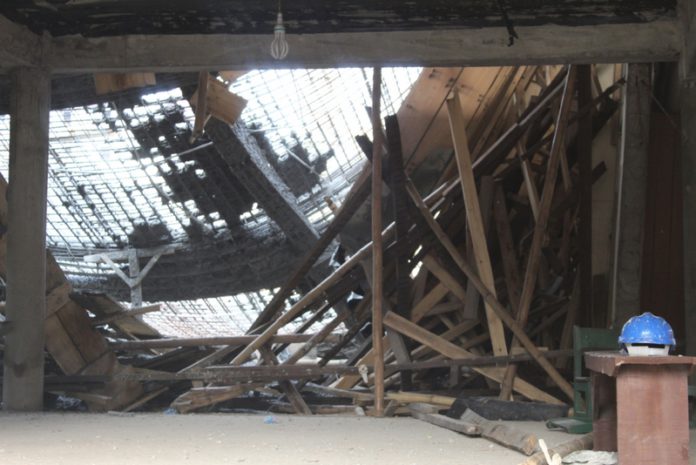 Two persons are currently battling for their lives at the Greater Accra Regional Hospital after part of an uncompleted two-storey building collapsed on them.

The building, which has been identified as a school being constructed by the Rev Ernest Bruce Memorial Methodist Church, is said to have caved in around 3:pm on Friday.

According to reports, the two victims were labourers who were working on the building before it caved in.

Furthermore, the part of the uncompleted building serves as classrooms for some pupils. Fortunately, pupils had closed as of the time the incident happened.

The construction site has since been cordoned off by officials who have commenced investigations into the development.

VIDEO: The sad story of how Reverend Frimpong Manso was disgraced by Presbyterian Church