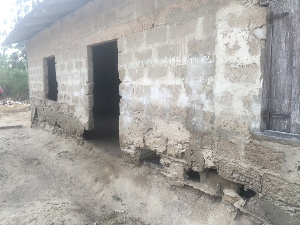 Pupils of African Methodist Episcopal (A.M.E) Zion basic school in Sonuta, a suburb of Agbozume in the Ketu South municipality of the Volta region are appealing to the government to give them quality teaching and learning materials.

The school which is one of the oldest basic educational institutions in the area with a current student population of over three hundred cannot boast of any better buildings including furniture among other amenities to encourage teaching and learning.

In an interview with the pupils, most of whom are girls on Thursday, 21 January 2021, better classrooms, desks, teaching staff room, treated water and library facilities are what the school is battling with and when provided will keep them in school.

The school do not have any befitting infrastructure, the aged pavilion built by the community has already deteriorated, another three unit classroom block constructed by the Parents and Teachers Association (PTA) is also at the verge of collapsing.

Windows and doors are weak, with the blocks washed away leaving holes in the walls, the roofing is nothing good to speak about as well.

A JHS 2 student, Akoto Emmanuella said “ What I want the government to do for us is to come and help us and rebuild our classroom blocks for us, to come and fix our roads back to us so that we can get back to normal life, even before we come to school we don’t even have water sometimes you have to wake up 1am before you will get water” she mentioned.

Another pupil, Atsivor Charity also called for “ water and school blocks” adding that “ our classroom is not in good condition “

The pupil revealed that, they do not feel comfortable learning in their deplorable classrooms and that has over the periods also encouraged absenteeism among them especially among the boys.

The headmistress of the school, Ms Gladys Quarshie emphasised by making appeal to authorities of the Education Service, Non-profit organisations including individuals to come to their aid.

“ We want to call on the government to come to our aid so that we can solve some of the problems for now…. as for the classroom blocks, in fact, looking at the nature of the school blocks we cannot do anything, when it’s raining season and you come to this place you will pity us, we don’t know when something will happen to this block and the lives of the students will be in danger so we are pleading to the government” she pleaded.

Assembly member for the area, Francis Kpotsikla also speaking on the state of the school indicated that, he has made several moves to transform the school but the story remain the same. His greatest worried is, the Ketu South Assembly collects tax from salt miners in the community but the school is denied better treatment.

He revealed that, Sonuta residents are willing to support the school but “ they don’t have enough work to do to balance themselves with the children to continue their education” adding that “we are trying our best to handle the situation but now it’s over us, we can’t do anything” 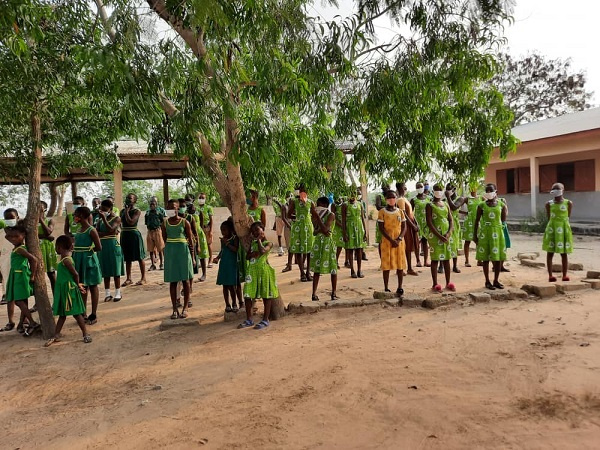 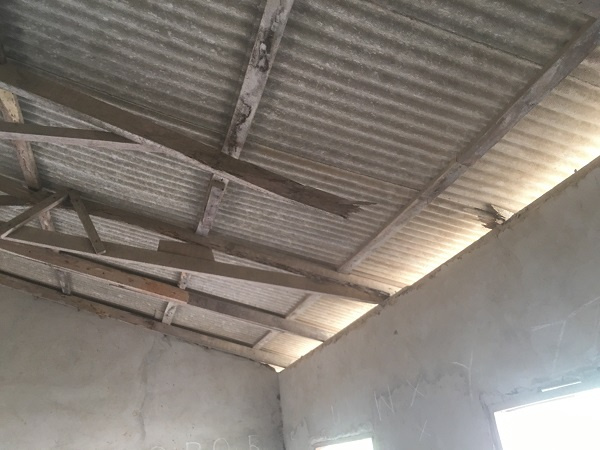