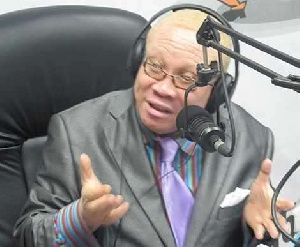 A senior law lecturer and anti-gay rights convener, Moses Foh-Amoaning has urged President Nana Addo Dankwa Akufo-Addo to strongly stand his grounds against any attempt by the international community to re-ignite the issue of homosexuality in the Ghanaian space.

He was emphatic that American’s President-elect, Mr. Joe Biden, and his vice may seek to impose the Lesbian, Gay, Bisexual, and Transgender (LGBT) agenda on African leaders to promote the act.

“Biden has taken over the White House and you know their position on the LGBT. They will impose it on Africans to push the LGBT agenda,” he warned said in an interview with NEAT FM’s morning show ‘Ghana Montie’.

Lawyer Moses Foh-Amoaning believes President Nana Addo Dankwa Akufo-Addo must be ‘straight forward’ to them in his stance.

“I know my president and he is the man who loves the Lord and I know his stance on this issue. But his ministers, do we know their stance? The NPP government must be strict to kick against this LGBT issue.”

“What the Americans are bringing will be tough but we must be strong enough to tell them no,” he added.