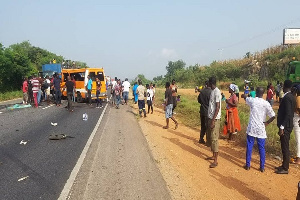 A thirty (30) year-old man met his untimely death after he was knocked down by a sprinter bus at Awutu Breku.

The young man was crossing the highway along the Kasoa-Cape Coast road.

Rainbow Radio’s Nana Yaw Asare reported that the bus with the registration number GW 5640-50 overtook another vehicle and in the process knocked the young man down.

However, the driver was unaware he knocked down a pedestrian until his attention was drawn to it.

Reports suggest that he dragged him for a few minutes before he got to know he had knocked him.

The deceased had his legs severed in the process.

Residents told the reporter, efforts to reach an ambulance to send him to the hospital proved futile.

They alleged that if an ambulance had arrived at the scene on time, the young man would have survived.

The driver of the car is currently on the run.

The body of the young man whose name was only given as Essel has been deposited at the morgue. 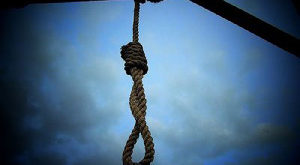 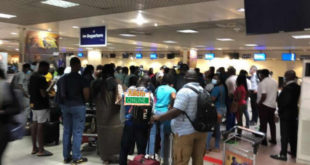 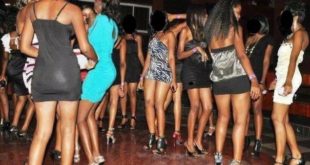 Commercial Sex workers in the Eastern regional capital, Koforidua have decried the rise in the number … 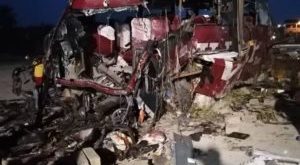 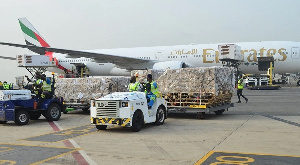 The second batch of COVID-19 vaccines, which is to help the country fight the raging pandemic, is …