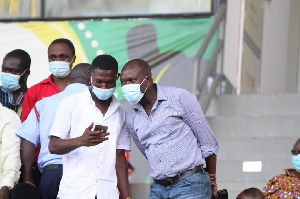 Charles Akonnor, the head coach of the Black Stars was in the stands as Kumasi Asante Kotoko laboured to pick a 1-0 victory over Ebusua Dwarfs at the Cape Coast Stadium.

Akonnor has been visiting various match venues to scout for players for the Black Stars.

In the end, it was a goal from Christopher Nettey, a player who was handed his Black Stars debut by Akonnor, who got the winner for Asante Kotoko.

The right-back headed home a free kick in the 70th minute to win Kotoko the three available points.

His performance will definitely court the attention of Akonnor as he prepares his squad for Ghana’s next assignment in Match.

Kotoko striker Kwame Poku who has so far bagged six goals is another player Akonnor will be keeping close tabs on and so is goalkeeper Razak Abalora who has given a good account of himself since he replaced the injured Kwame Baah.

Kotoko has, by virtue of the victory, moved to third place on the league table.

The Black Stars will play South Africa and Sao Tome Principe on March 22 and March 30 respectively in their Group C fixtures of the African Cup of Nations Qualification. 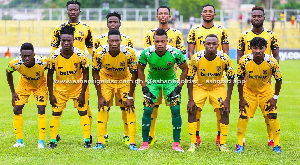 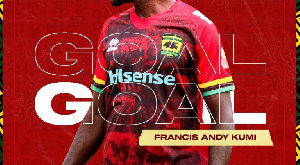 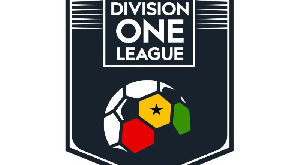 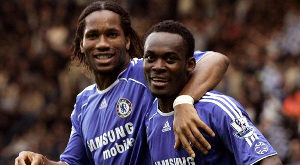 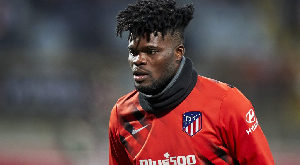