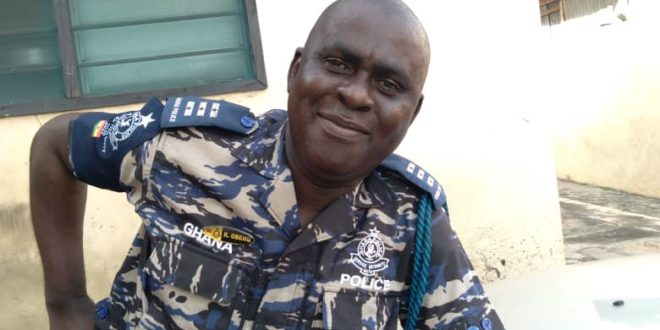 A middle-aged Policeman whose name is given as Inspector Robert Obeng of Oforikrom MTTD has been reported missing.

According to information from the Ghana Police Service, the last time Inspector Robert Obeng was seen was on Monday January 18, 2021.

He is said to have left his rented apartment at Dichemso wearing a black Police trousers over a red Lacoste T shirt and a pair of black slippers.

The missing Police officer is said to be dark in complexion and is 5ft 8 inches tall and fluent in Asante Twi and English.

This is not the first time a police officer has gone missing.

In 2020, a Police officer who is said to have visited a land he had bought off the Suhum-Accra road got missing and was later found to have died in a nearby river closer to his plot of land where he intended to build his house.