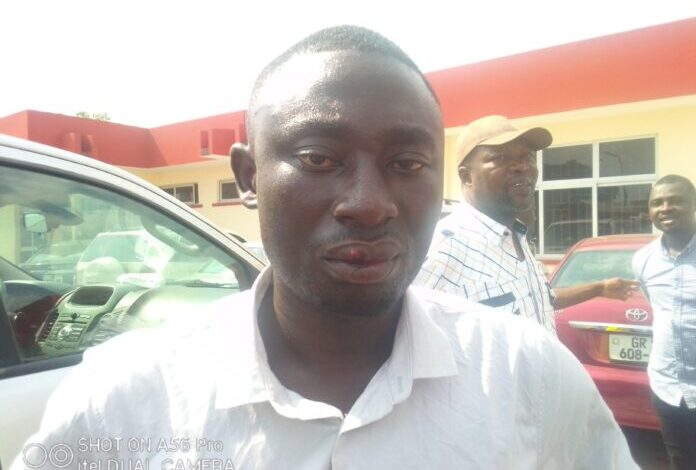 The attack on Thursday, December 17, halted the Assembly’s last general meeting for the year when the unidentified gang disrupted sittings.

The Assemblymembers had questioned the conduct of the MCE, Alhaji Alidu Seidu as they were reportedly sidelined during a state-sponsored distribution of streetlights in the Municipality.

This led to a free-for-all brawl as the well-built men engaged the Assemblymen in a heated verbal exchange.

“As I speak to you, I have received three slaps from these thugs for no reason at all. They held my neck pushing me to the wall”, Kwame Nkrumah, an Assemblyman for Sepe-Timpom told dailymailgh.com.

He continued: “They just wanted to kill because I was fighting for something due to my electoral area”.

Police in the Asokore Mampong District confirmed the incident to dailymailgh.com but did not speak on the record.

The Assemblymembers were being treated at the Manhyia Government Hospital at the time of filing this report.