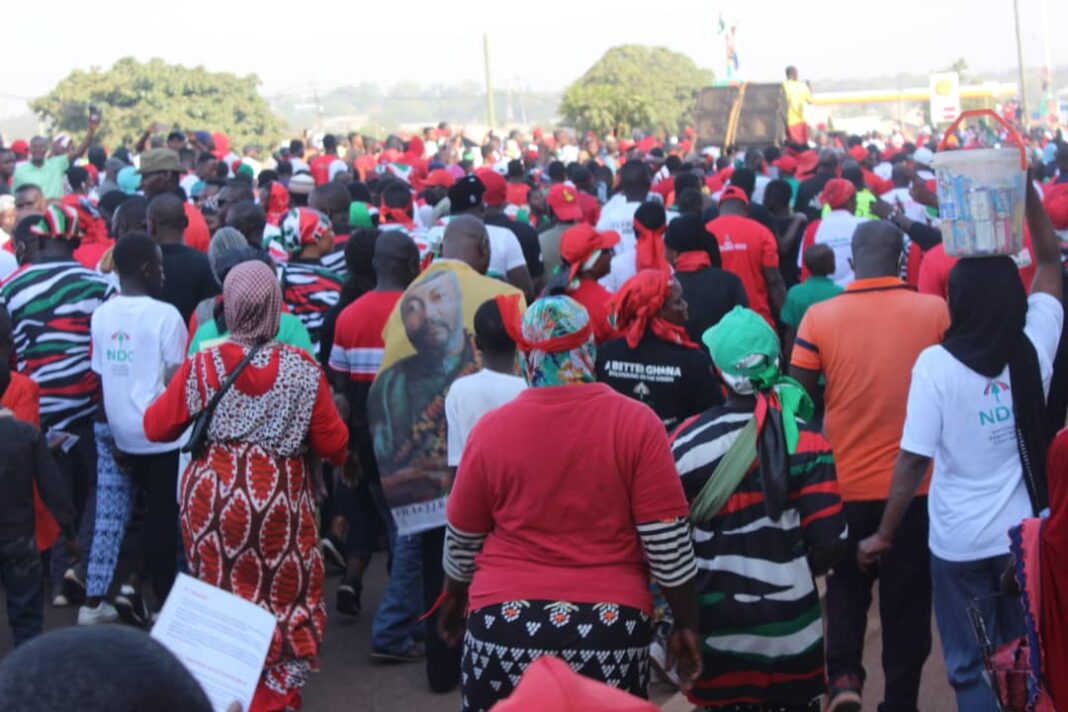 Police in Accra have arrested 26 supporters of the opposition National Democratic Congress who protested at the headquarters of the Electoral on Thursday.

The supporters were protesting the results of the 2020 Presidential and Parliamentary polls which saw President Akufo-Addo retaining the presidency with some 51% of the valid votes.

A Police statement said they were arrested for unlawfully protesting at the Electoral Commission.

Below are details of a statement by the Police

The Accra Regional Police Command has arrested 26 persons, 15 males and 11 females for unlawfully demonstrating at the Electoral Commission (EC) Headquarters in Accra.

The protestors, in the early hours of Thursday, 17th December, 2020, thronged major streets leading to the Electoral Commission, amidst the burning of car tyres, pelting stones and causing heavy vehicular traffic and congestion.

The Police, however, managed to disperse the crowd using a non-lethal riot control management approach and arrested twenty-six (26) protestors in the process.

All suspects are being taken through due process and provisionally cautioned on the offences of Unlawful Assembly, Holding of Special Event without notification and Obstruction. Those found culpable would be arraigned.

The public is hereby advised to adhere to the tenets of the Public Order Act, 1994 (ACT 491) which requires organisers of special events to duly notify the police ahead of intended demonstrations.