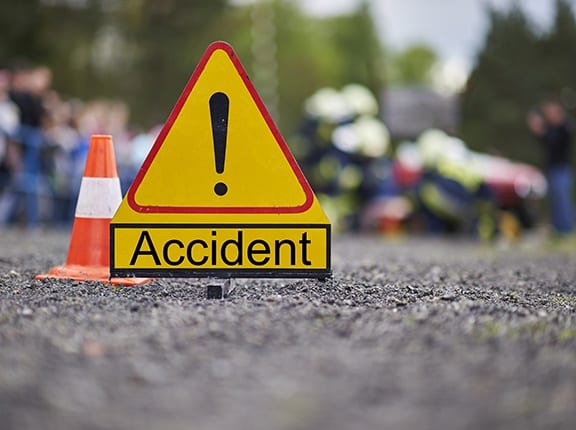 A mother and daughter came face-to-face with death Thursday morning when a test driver run them over with her private car at Santasi Apre.

Per witness Opele’s account, the mother and her two-year-old daughter, who were standing across the road in attempts to buy porridge, were unsuspecting of the incoming vehicle.

They added the female test driver was in the company of a young man, believed to be her instructor.

However, upon getting to the junction, she failed to control the automatic car and veered off the road, jerked pass a gutter, before heading to the direction of the porridge joint.

The witness continued that the seller, who was facing the direction of the road, took to her heels, leaving the two to be injured by the car.

It took about five minutes for them to be rescued under the car, to reveal the child’s head was badly damaged with her hair and brain tissue scattered on the street.

The duo were transported to the Komfo Anokye Teaching Hospital, where the child was declared dead.

The mother, nonetheless, is in a critical condition, still receiving treatment.

SOURCE: Adomonline.com
Related Topics:driverTEST
Up Next

VIDEO: Man beaten ruthlessly after being caught in a hostel stealing ladies underwear