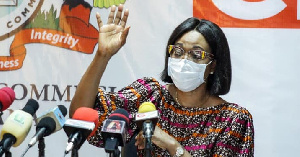 The Electoral Commission has released the pink sheets for the presidential elections held simultaneously with the parliamentary elections on December 7, 2020.

The pink sheets as they are popularly known are results sheets used to collate data from the polling stations through to the regions.

The EC on Wednesday, December 16, released all sixteen sheets from the regions as it strives to show accountability and transparency.

All sixteen sheets have figures of votes garnered by the twelve candidates in the presidential elections.

It is based on these figures that Jean Mensa, the Chairperson of the Electoral Commission, declared Nana Akufo-Addo as the winner of the 2020 presidential elections on December 9.

This declaration by Jean Mensa has been heavily contested by the National Democratic Congress which maintains that its flagbearer, John Dramani Mahama, won the elections.

John Mahama himself has also rubbished the results announced by Jean Mensa and demanded an audit of the votes.

In an interview with the VOA, John Mahama said he will gladly concede defeat if the result of the audit identifies him as the loser in the elections.

He added that “in the runoff to the elections there were various flaws in the process and we [NDC] kept drawing the attention of the Commission to them and it’s like the EC was adamant to our call.

“With the incompetence, the EC has shown, it will be useful for us to do a forensic audit of the EC’s own systems and numbers to come to what the final number from the EC is.

Below are the pink sheets from the sixteen regions 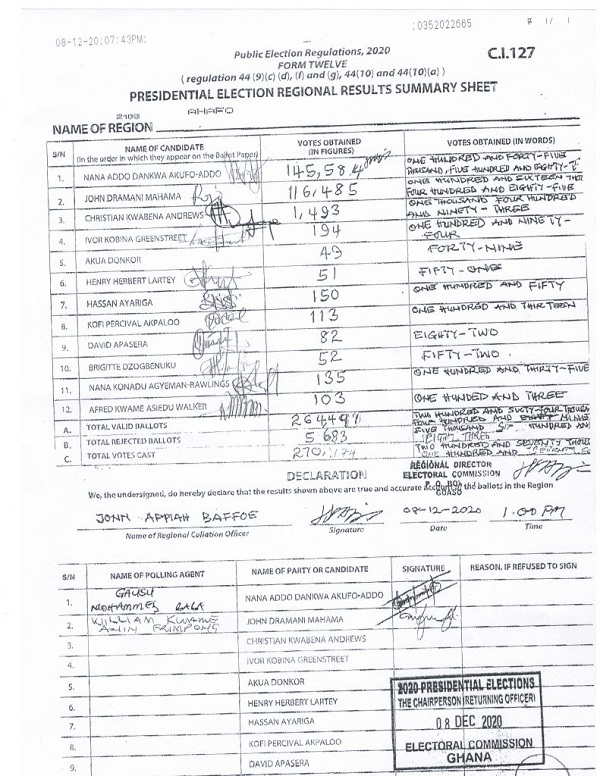 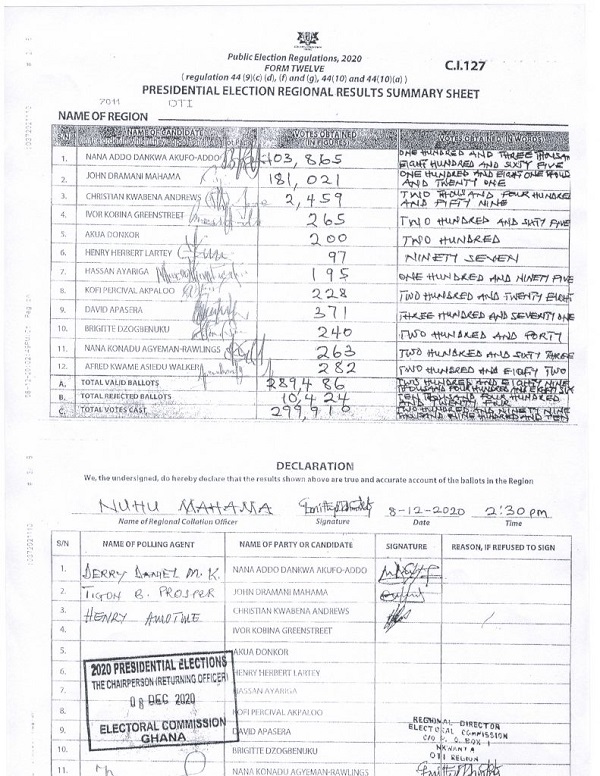 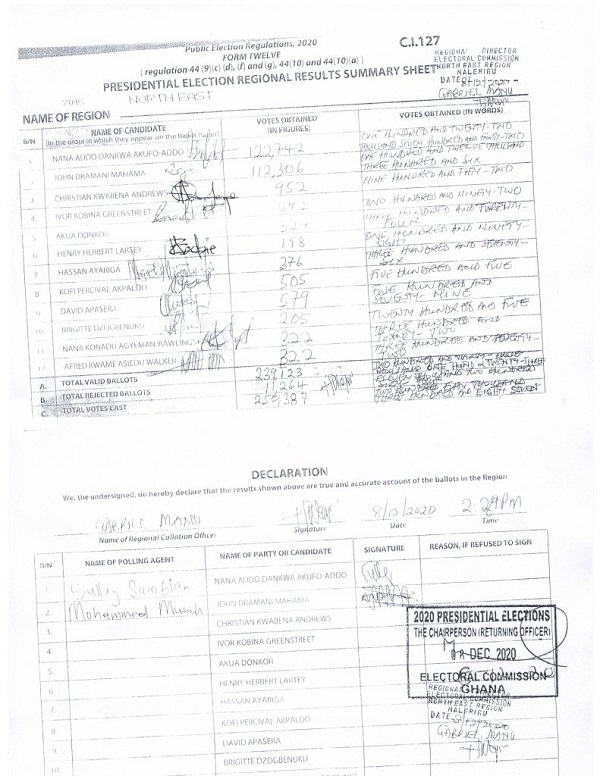 Click on photos for the rest of the pink sheets