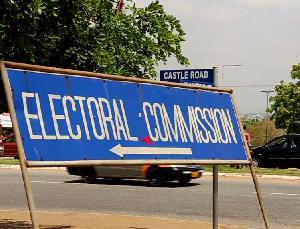 This is one of the many other protests, happening in parts of the country nationwide, including one in Wa and another in Tamale and indeed, a similar one happened hours after the EC declared Nana Addo Dankwa Akufo-Addo as President-elect.

They are demanding a review of the election results, and a subsequent declaration of NDC Flagbearer, John Dramani Mahama as President-elect of the country,

The event has attracted heavy security at the Ridge office of the Electoral Commission and traffic on that stretch.

The NDC and its leader John Mahama have given a strong indication that they will not accept the results for the 2020 elections.

According to the opposition party, they will need an independent audit of the results as declared by the Electoral Commission and if the audit proves that the NDC lost the election, they will walk away.