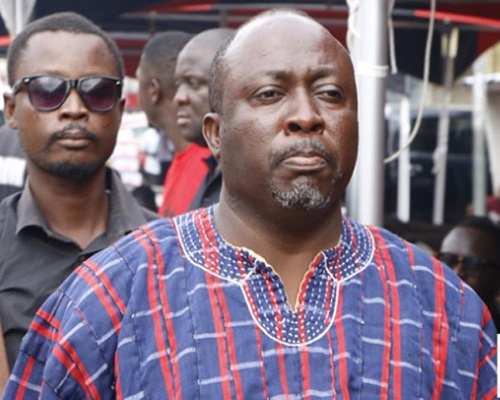 A former Deputy General Secretary of the National Democratic Congress (NDC), Baba Jamal, is being looked for for the key to the store where a controversial ballot box in the just-ended parliamentary elections in Sene West is being kept.

The keys to the lock to the store is said to be with Mr Jamal, who is part of NDC leadership in the Constituency to help settle the electoral dispute there.

“We believe that we should be going for a rerun of Tato Battor Polling Station like we did in Akwatia and other places and it will put everybody’s heart at ease,” NDC’s General Secretary Johnson Asiedu Nketia told TV3‘s Komla Klutse after a Wenchi High Court on Thurday dismissed a petition brought before it by the New Patriotic Party (NPP) candidate.

“Whoever wins it will be a fair process. But they are insisting that we take the [ballot] box from here and we have our padlock also there and the key is in the hands of Baba Jamal, so they just told us.

“So we are going out to try to reach out to Baba Jamal as to where we can locate the key, then we come here and see the way forward.”

The ballot box is said to have been nearly taken away on Monday, December 7 by a middle-aged man, who has since been convicted and jailed.

But after disagreement over what action next to take, the parties reached a consensus with the Electoral Commission, Ghana (EC) to have the ballot box retrieved and the ballots counted.

As a result, the padlock to the store was broken by the police for the ballots be counted.

Related Topics:BABA JAMAL
Up Next