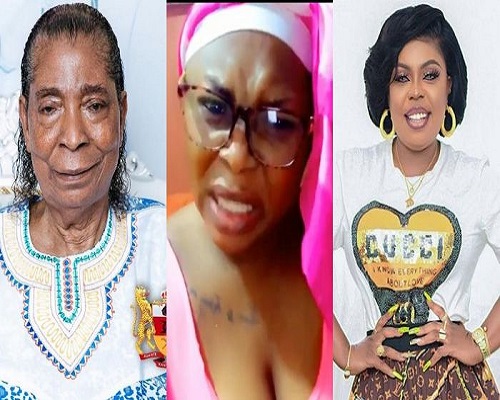 Actress Afia Schwarzenegger has caused her own misfortune as Ghanaian legend Apostle Kwadwo Safo is said to have cursed her and her sons.

A lady has reported that Apostle Kwadwo Safo Kantanka of has cried and cursed Afia Schwar and her generation after he watched the video of Schwar insulting him.

and used certain unpalatable words on him and his children in the course of fighting .

According to Afia Schwar, she has dragged Kwadwo Safo in her fight with Mona Gucci because he has given her air time to dent her image and that of her family.

Following that, some fans have begged Schwar to apologize to Kwadwo Safo but that has apparently fallen on death ears.

Well, in a video that has surfaced on social media, a lady has revealed that and her kids have all been cursed by Kwadwo Safo after he watched the video.

Funny Face bounces back after spending days in the hospital