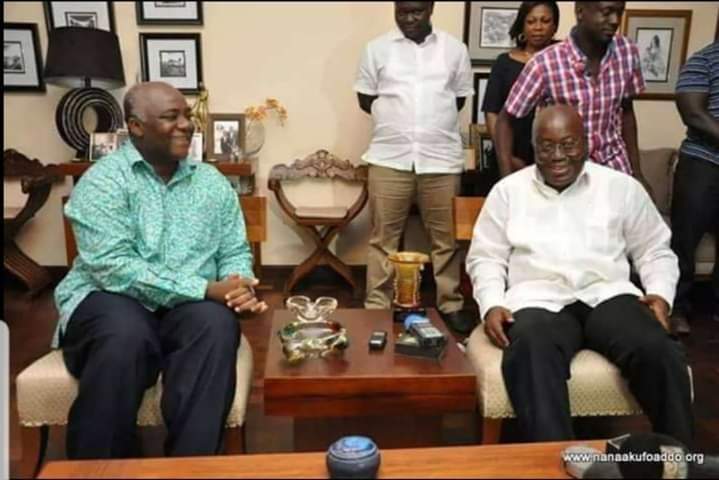 The New Patriotic Party (NPP) Youth wing in the Ashanti Region has expressed concerns about recent happenings in the party which nearly culminated in its near defeat in the December 7 elections.

According to the group, the NPP performed abysmally in the 2020 polls hence their resolve to change the destiny of the party ahead of the 2024 election.

They maintained that Ashanti Region continues to be the backbone of the party yet little is seen in terms of development in the region.

Speaking to sharpnewsgh.com in an interview, the spokesperson for the youth group, Mr Peter Akwasi Sarpong stated that following the poor performance of the party, they wanted a personality like Hon. Addai Nimo to lead the party in future polls.

“The strength of the NPP is in the Ashanti Region since votes from the region declared the NPP victors in the December 7 polls but the region is least considered in terms of development under the current leadership of the party.

We the Ashanti youth in the party have risen and we shall no longer be quiet in the party any longer. We’ll therefore not sit aloof and allow divisions and unnecessary factors to sink our party down. Our poor performance in the parliamentary elections reflects the state of the party now. For this reason, we are calling for a new direction in the party,” Mr Sarpong said.

The NPP in the just ended elections reduced its majority seat in Parliament from 169 to 137, loosing most of its seats to the opposition National Democratic Congress (NDC) during the parliamentary polls. Whiles the results of the Presidential polls released by the Electoral Commission revealed that NDC’s John Mahama lost by 500,000 votes to Nana Akufo-Addo compared to the 1,000,000 votes in the previous elections.

Mr Sarpong maintained that the NPP in the past, had not been fair to Mr Nimo who contested the flag bearer position without success.

The youth leader explained that the youth in Asanteman were convinced that Francis Addai Nimo was the man that can save the NPP from any future humiliation in the general elections.