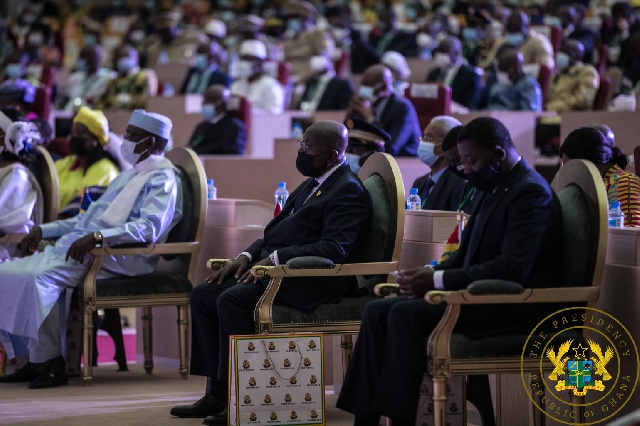 Earlier on Monday, 14th December 2020, the President had attended the swearing-in ceremony, in Abidjan, of Alassane Ouattara as President of the Republic of Côte d’Ivoire.

Mr Akufo-Addo left the shores of Accra on the same Monday for Abidjan for the inauguration ceremony.

Mr Ouattara was re-elected for a third term after securing 94.27% of the votes in the Ivorian election on October 31.

The two leading opposition figures in that election called on their supporters to boycott the vote.

Although his opponent, Cellou Dalein Diallo, contested the result, alleging large-scale fraud, the court ruled in Condé’s favour, declaring him the legitimate winner of the polls.

President Akufo-Addo, from Guinea, has left for London for other engagements.

[PHOTOS]: Reverend caught in bed with his assistant female pastor