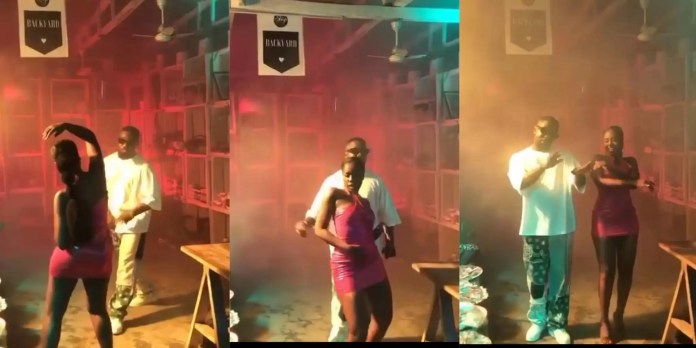 Loyalty to Tracy Sarkcess might be a book that Sarkodie reads in his house daily.

So even when Mzvee freely offered her juicy body to be grinded during a music video shoot, the rapper just did all he could to keep his distance.

Mzvee and Sarkodie have song called ‘Balance’ off her Invincible album. It was for that song that they’re shooting the music video for.

‘Kabutey’ as he’s affectionately called did a little bit of some touchings but not as much as fans wanted him to.