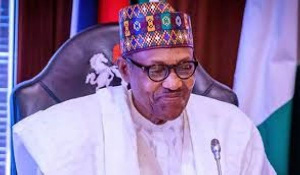 Nigerian authorities are stepping up efforts to rescue more than 300 students abducted by armed men who raided their hostels.

Gunmen on motorcycles stormed the Government Science School in Kankara late on Friday and engaged security forces in a fierce gun battle, forcing hundreds of students to flee and hide in surrounding bushes and forest.

State Governor Aminu Bello Masari, who visited the school on Saturday, said soldiers were working to locate and free the hostages.

Since the attack, all secondary schools in the state have been shut.

The Nigerian presidency has refuted claims by Katsina Governor Bello Masari that more than 300 children are still held in captivity by bandits.

The presidency said only 10 boys were still missing, according to reports monitored by a local newspaper The Punch.

Garba Shehu, President Muhammadu Buhari’s spokesman, in a radio interview, said government security agencies have surrounded the place and the remaining boys will be rescued soon.

Parents of the missing schoolboys have held prayers for their safe return home.

Family members have since the attack on Friday been visiting the school for updates about the whereabouts of their and possible rescue of their children.

Some women took the streets of Kankara on Sunday to protest the kidnap of the students, carrying placards reading; “we want our children back”, “we need our children”.

Buhari yet to visit the school

President Muhammadu Buhari is yet to visit the city of Kakara, more than 48 hours after more than 300 boys were taken from a secondary school.

Kankara is 190km from the president’s hometown, Daura, where he is on a week-long visit.

The president arrived Daura a few hours before the kidnapping incident on Friday in Kankara.

Some Nigerians have taken to social media to condemn what they called the government’s slow response to the rescue of the missing schoolboys.

More students coming out of the forest: State governor

State governor Aminu Bello Masari said it was still not clear how many students were “in the hands of the bandits” and how many had managed to escape.

“The school has a population of 839 and so far, we are yet to account for 333 students,” Masari told a federal government delegation in his office on Sunday. He directed the school to take a headcount of the students to determine those who went back home.

“We are still counting because more are still coming out of the forest,” said the governor. “Up till this moment, no one can give a precise figure of the children abducted,” he said, adding that students who escaped confirmed some of their peers were taken.

“I strongly condemn the cowardly bandits’ attack on innocent children at the Science School, Kankara. Our prayers are with the families of the students, the school authorities and the injured,” President Muhammadu Buhari said.

The boys’ school is in Katsina, Buhari’s home state.

Katsina is among several areas in northwest Nigeria that have been repeatedly attacked by “bandits” who kidnap for ransom and rustle cattle.

UN Secretary-General Antonio Guterres also condemned the attack Sunday and called for the student’s release in a statement issued by his spokesperson.

In the statement, Guterres reaffirmed “the solidarity and support of the United Nations to the Government and people of Nigeria in their fight against terrorism, violent extremism and organized crime”.

Osama Aminu Maale was one of the students who escaped the abductors.

“There were a total of 520 of us that were taken by the gunmen from the school,” the 18-year-old student told AFP news agency on the phone.

“After they took us away we stopped inside the bus where they made the older students take a headcount. We counted 520,” he said, adding that the hostages were split into groups before Maale and four others escaped.

“One of the gunmen hit me repeatedly when I failed to keep up with the rest of the group due to my failing health before he let me trail behind, giving me the chance to escape,” he said.

[VIDEO]: Ramaphosa clamps down on gatherings and alcohol sales as he tightens curfew