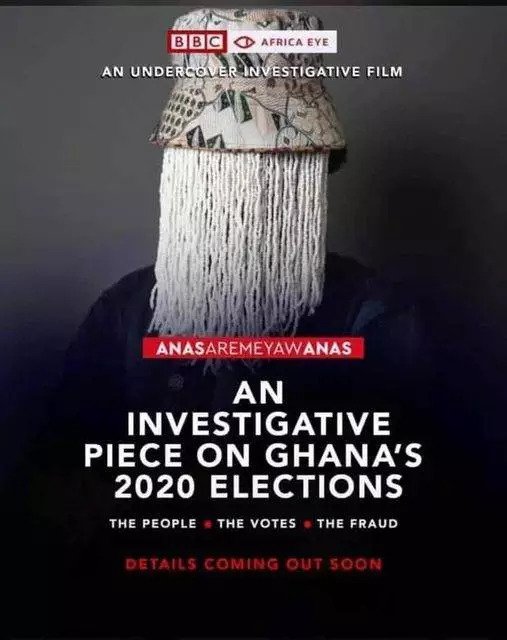 And which group of people or organisation is this video going to reveal their irregularities in the just-ended elections.

According to Hon. Richard Ato Kwamina Prah, the Anas video will be revealing some journalists who were caught on tape taking bribe from a political party to display wrong results for the ruling New Patriotic Party (NPP).

Report shows that, United Nation has asked that the video be shown on the streets of America and United Kingdom for all international agencies to see the extent of Electoral fraud in the just ended Ghana 2020 elections.

A date for the release of the video is not yet in but the little information about the video is shown below. “An investigative piece on Ghana’s 2020 Elections. The People, the Vote and the Fraud”.

NDC has the right to contest election results but not to compromise Ghana’s peace – Most Rev. Emmanuel Asante