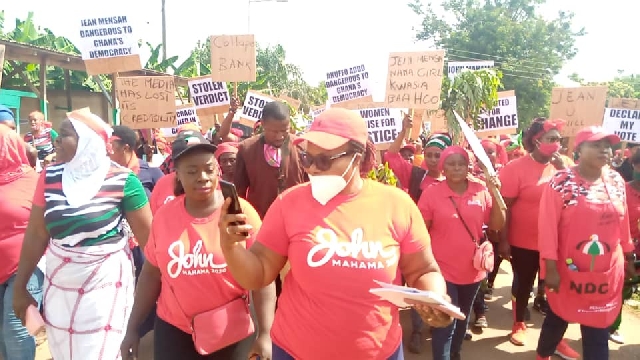 Members of the Women’s Wing of the opposition National Democratic Congress (NDC) in the Ashanti Region are today, Tuesday, 15 December 2020, demonstrating against the results of the December 7 polls.

The women are reiterating the party’s position that the election was flawed and rigged for President Nana Akufo-Addo. 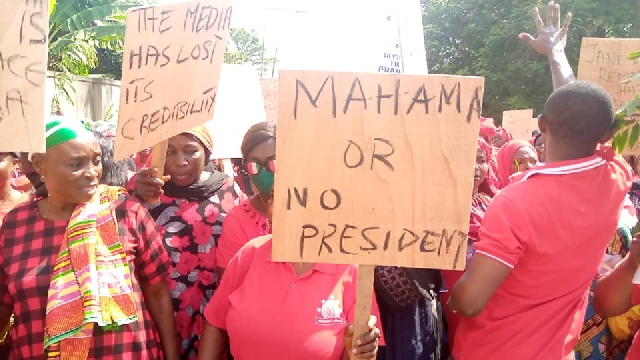 Clad in red and black attire embossed with the party logo and wielding placards, the women marched to express their displeasure over what they described as lawed polls.

The demonstration is led by the National Women’s Organiser of the party, Dr Hanna Louisa Bissiw.

She told Class News’ regional correspondent Elisha Adarkwah that they want the Electoral Commission to re-declare the election results. 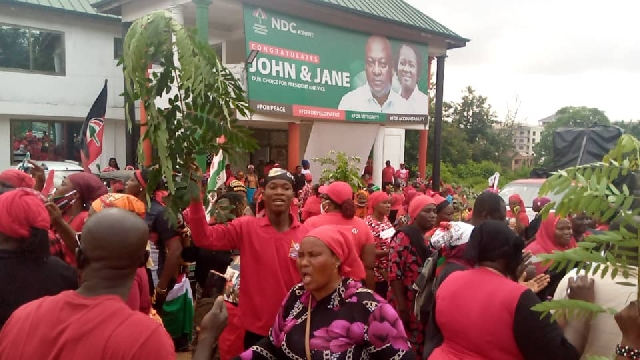 Dr Bissiw said: “The lady came out to shamefully say that they made a mistake but if you heard her on the day she was declaring the election, she was full of self-praise, praising herself only to come out and say they have an excess of 300,000 votes”.

“If you’ve done so, come back and correct the wrong. We cannot stick to the old declaration”, she said. 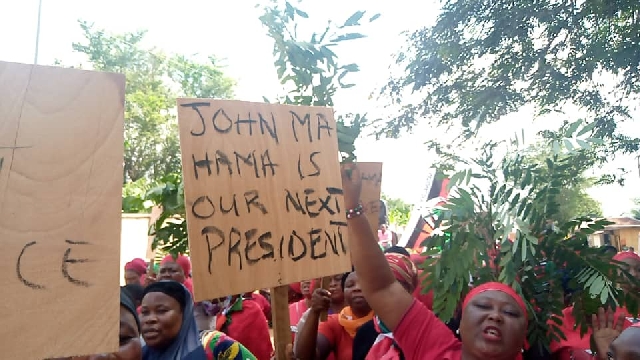 She called on international bodies to intervene before President Nana Akufo-Addo, according to her, plunges the country into chaos.