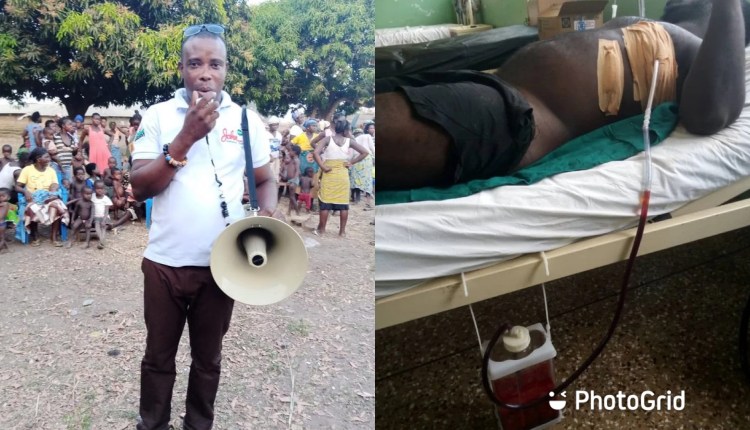 Prosper Akamani, who is the Nkwanta South National Democratic Congress (NDC) chairman, has been arrested for allegedly stabbing two persons who are supporters of the  New Patriotic Party (NPP) at Dadiase for jubilating in his presence after the EC announced the 2020 presidential results.

The victims, Aketai Frank and one other who sustained various degrees of injury, have since been admitted to the Nkwanta Municipal Hospital with  Frank currently unconscious but the other victim has been discharged.

The Chairman Prosper Akamani has been arrested and  was handed over to the district police by constituency executives this morning after he went into hiding when the matter was reported.

The NDC Chairman would be arraigned before court on Monday.

NPP Communicator Given 40 Lashes For Insulting A Queen Mother (Photos)