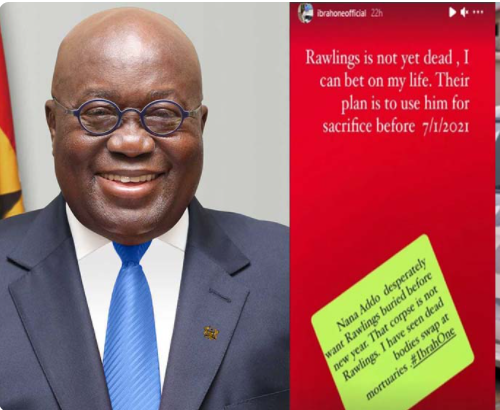 He is now alleging that former president, JJ Rawlings isn’t dead yet adding that his body has been swapped and the president wants to use him as a sacrifice before January 7.

According to Ibrah, he can bet with his life that Rawlings is still alive. He made this known in a recent social media post.