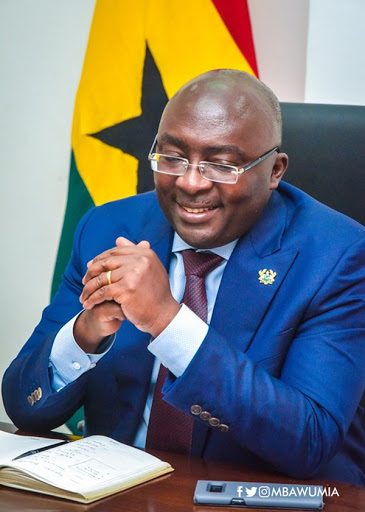 President of Policy Think Tank, IMANI Africa Franklin Cudjoe has said that Dr. Mahamudu Bawumia is the Catholic Choice for the New Patriotic Party in 2024.

The conversation around who takes over from Nana Addo Dankwa Akufo-Addo has begun even before the President starts his second term as President.

This was after a video of an interview of Joe Ghartey surfaced on the Internet with him laying it bare of his intention to contest for the Presidency in 2024.

But Franklin Cudjoe believes that Dr. Mahamudu Bawumia is the Catholic choice for the New Patriotic Party in 2024.

Mr. Cudjoe argues that the Vice President’s work in the Northern part of the country has over the years bettered the fortunes of the New Patriotic Party.

“Isn’t it very clear that had Bawumia not marketed the NPP so well in the Northern regions,the NPP would’ve been humiliated at the polls? Bawumia is a catholic’ choice,” Mr Cudjoe said in a post he shared on Facebook.

The Vice President after the New Patriotic Party’s victory in parts of Northern Ghana in especially the just ended election won the admiration of the party grassroot who on social media have thrown their weight behind the man they describe as the “NDC’s nemesis”.