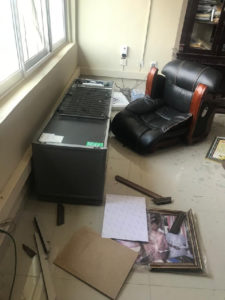 The Sekyere East District Chief Executive had her office besieged Thursday by some angry youth, dailymailgh.com has learned.

The incident happened at about 11:40 am, at the time Hon Mary Boatemaa Marfo was not at the post, local media reported adding that the police are yet to make an arrest.

The rampaging supporters, numbering about 200 broke into the DCE’s office destroying items on sight, a source told dailymailgh.com.

“Items such as air conditioners, sliding windows, doors, furniture, TV sets in both her office and reception were destroyed. It would have been bloody if the DCE was at the office”, one of the supporters who pleaded anonymity said.

Officers from the Effiduase District Police Command were later deployed to the scene following a distress call by one of the top officers at the Assembly.

The DCE is yet to comment on the matter as police say efforts are underway to arrest perpetrators of the crime.

Dailymailgh.com later gathered that the youth were protesting against the DCE for sabotaging the President prior to the December polls.

She is reported to have financially resourced an independent candidate in what the supporters say was a grand scheme to reduce the President’s votes and further to unseat sitting NPP MP Dr Nana Ayew Afriyie.

The protesting party supporters aver that Mary Boatemaah has misconducted herself and her actions since assuming office, have been inimical to the NPP’s interests.

“She [the DCE] has destroyed our party. Check the figures and see Nana Akufo-Addo’s votes in the just-ended elections. His votes are gradually reducing because she is sabotaging our party”, said an angry NPP supporter who only identified himself as Pozo.

“It’s high time the President sacked her”, another said. For several months the Assembly has been dormant. Nothing works because we are yet to elect a presiding member and she is behind all these machinations”.

In September this year, the DCE was sacked by the President Akufo Addo after a leaked audio emerged of her reportedly threatening to reduce the votes of the NPP and the MP for the area, Dr. Nana Ayew Afriyie.

There has been some acrimony between the MP and the DCE, a situation that came to a head during the party’s parliamentary primaries.

The Ministry of Local Government and Rural Development however did not give a reason for her dismissal.

Speaking to Accra-based Citi News, Constituency Secretary for Effiduase, Kwame Ampretwum, said the decision to fire the DCE was in the best interests of the governing party.

“The woman was a problem for our goals. She doesn’t think about the party. She doesn’t work with the party and always she is creating problems for the party by inciting people against the MP and the executives so that is what caused her removal,” he explained.

Kwame Ampretwum also said the NPP was wary about some dissenting supporters in the constituency.

“We know that we have some supporters who we have to be careful about. We have to bring all of them so that we move the party forward,” he said.

Kwame Adom-Appiah, a lawyer, was nominated as the new District Chief Executive for Sekyere East after the removal of Mary Boatemaa Marfo.

She was later reinstated by the President. 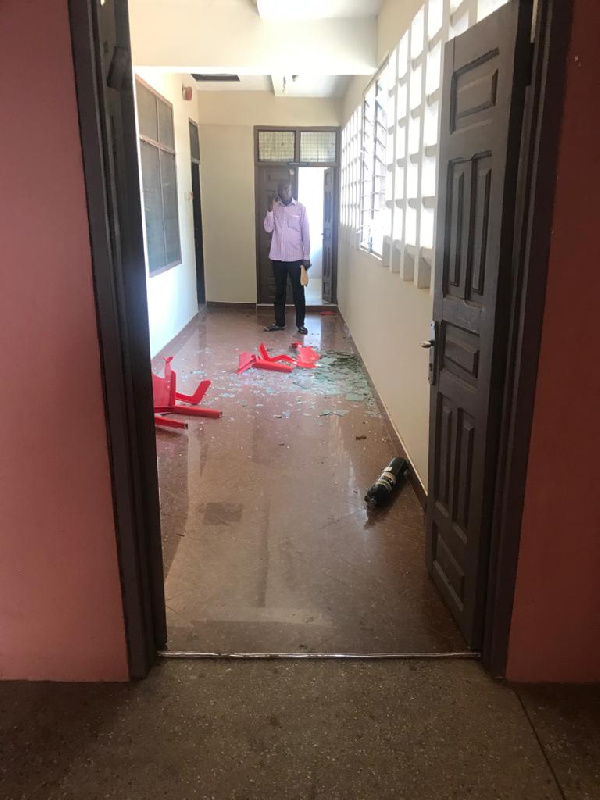 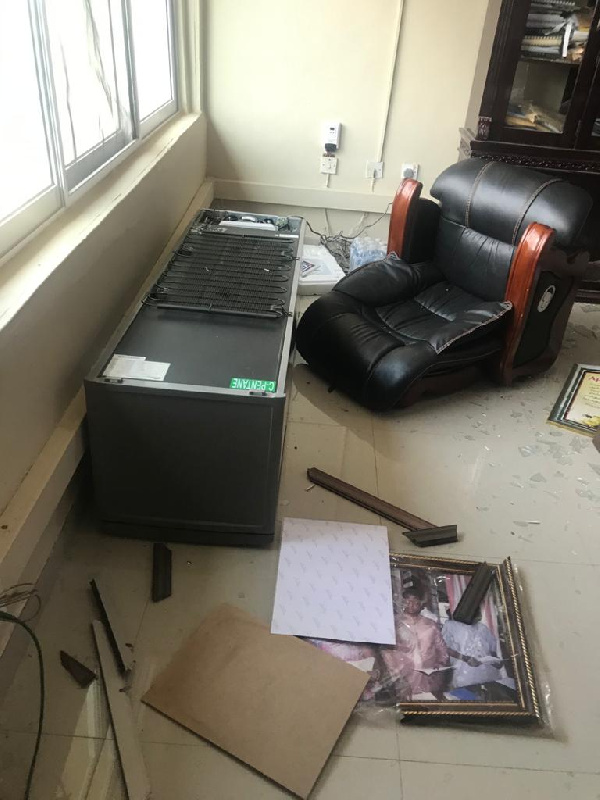 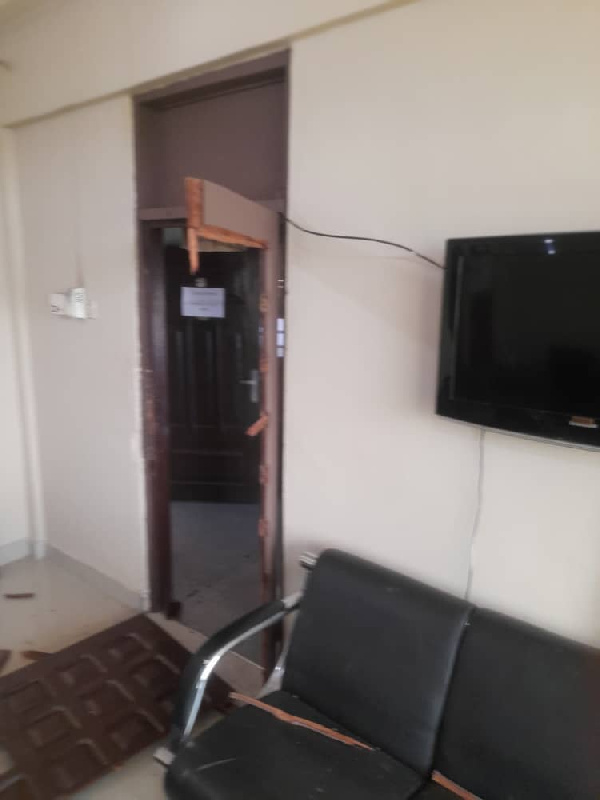