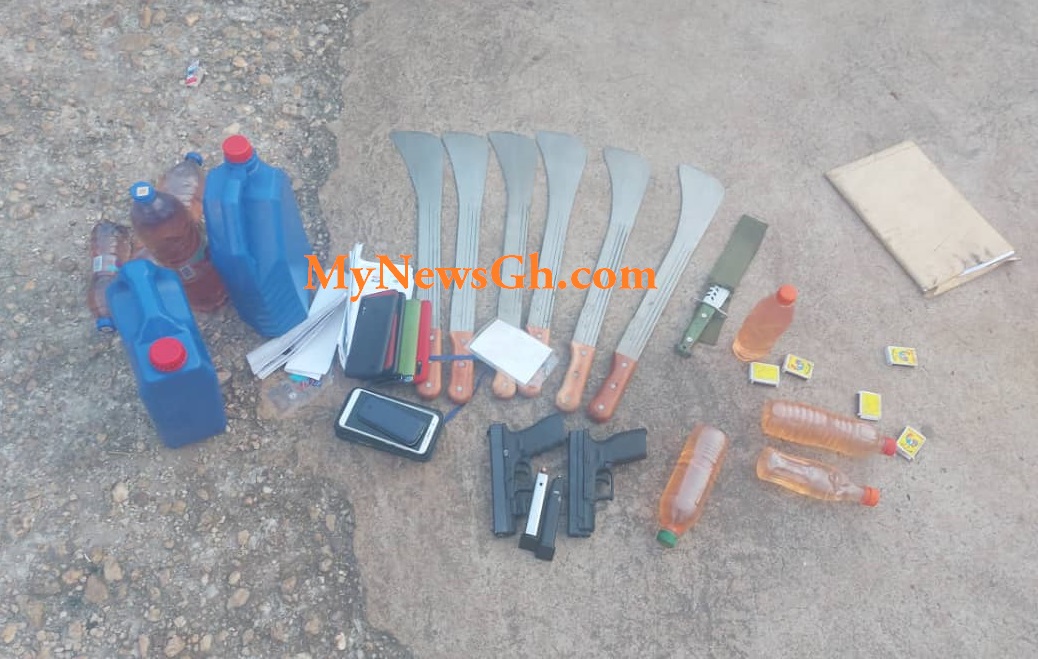 Eleven (11) suspects have been arrested in connection with the burning of the Electoral Commission Offices at Fomena in the Ashanti Region.

Police retrieved among other items two foreign made pistols, a number of machetes and gallons of petrol used in the operations by the hoodlums who were transported to the area by an unnamed person.

Police sources available to MyNewsGh.com reveal that they had also targeted the home of the Member of Parliament(MP)-elect for the area Lawyer Andrew Amoako Asiamah but for the timely intervention of the police in the area.

It is unclear who masterminded this attack but it would be recalled that the Fomena District Electoral Commission offices was gutted by fire a day after the polls.

The fire started shortly after the declaration of the constituency results which confirmed that the dismissed New Patriotic Party (NPP) Member of Parliament, Andrew Amoako Asiamah, had won the polls as an independent candidate.

The office, which caught fire, is a few metres away from where the results were being collated.

Firefighters were deployed to the scene to douse the blaze.

Prior to Monday’s polls, the Communications Manager for the Independent Candidate Seth Oduro was on Sunday brutally assaulted by some followers of the New Patriotic Party (NPP).

He was at Dompoase, a community in the Constituency as part of preparation for the impending election on December 7 when he was pounced on and subjected to severe beatings by some persons believed to be members of the NPP leaving him with a swollen face.