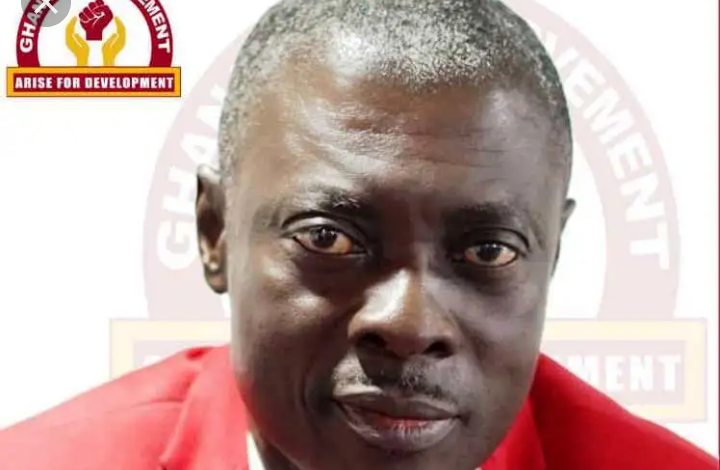 The founder and leader of the Ghana Union Movement political party, Rev Christian Kwabena Andrews who is also popularly known as ‘Osɔfo Kyiri Abosom’ has said that, he will only join the New Patriotic Party(NPP) in government if they decide to adopt some of his ideas. “The NPP believes in private sector participation but I also believe in government participation in our economic activities” he added.

He indicated further that “there are three main factories that should the NPP government decides to revamp and needs my help, I shall join them to deliver”. “The Bonsar Tire Factory, Saltpond Ceramics, Pwalugu Toamato Factory and the Kumasi Shoe Factory”.

According to ‘Osɔfo Kyiri Abosom’ it would be a fulfillment to him to when at least Ghana can produce car tires for our ‘trotros’ for a start and later graduate to making tractor tires. “These factories are on my heart and should Nana Akufo-Addo’s government decide to revamp them, and they invite me over, then I shall join their government” he stated.

When asked about the elections outcome, he said he believes his party has done very well in this elections as a first timer. “A journey with a thousand miles begins with a step and I hope that with time GUM would become a force to reckon with in Ghana politics” he stated.

He added that he had called the president, Nana Addo-Danquah Akufo-Addo to congratulate him and “I told him that from the way things are going, I think he has won the elections and should that happen, I congratulate him in advance” the GUM founder explained.

Rev. Christian Kwabena Andrews speaking to Kofi Adoma Owawani of Angel TV today at his residence in Accra said, his party has done very well and in some polling stations, “I won the presidential vote and that should tell you how powerful I am” he claimed.

Osɔfo Kyiri Abosom commended the EC Chairperson for the work than so far and intimated that “I shall call to congratulate Mrs Jane Mensa, EC Chairperson after she has done the declaration of the Presidential election results”.

He ended by saying the EC gave him an invitation to be present at the Presidential election results declaration but, unfortunately “I cannot make it and shall let some of my party officials represent me he ended.

Elections 2020: The Mood At Mahama’s Office After EC’s Verdict (VIDEO)