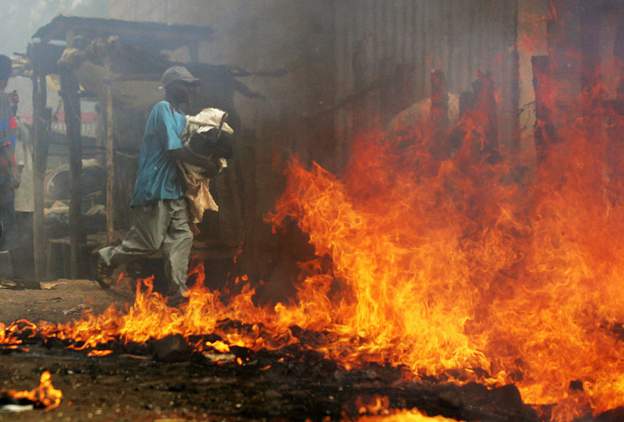 The High Court in Kenya has ordered the government to give compensation of about $30,000 each to four people for failing to protect them from sexual and gender-based attacks during the violence that hit the country after the disputed 2007-2008 election.

The ruling is seen as a landmark, with Naitore Nyamu-Mathenge – the head of the Physicians for Human Rights group which supported the court action – saying that justice had finally been served.

However, she urged the government to take steps to prevent such violence in the future.

Justice Weldon Korir ruled that the survivors’ right to life and equality had been violated when they were assaulted.

He also said that the state had failed to protect them from torture and inhuman and degrading treatment.

Campaign group Human Rights Watch estimated that at least 1,000 were killed and more than 500,000 people were displaced in the violence.

There were also multiple reports of rape and torture.

The violence broke out after then-President Mwai Kibaki was declared the winner of the election. His main rival Raila Odinga said the poll was rigged.

Current President Uhuru Kenyatta – who supported Mr Kibaki – and his deputy William Ruto – who backed Mr Odinga – were charged by the International Criminal Court with crimes against humanity after they were accused of fuelling the violence.

Both denied the charges, which were later dropped.

HOT VIDEO: Lady disgraces Pastor who allegedly impregnated her and refused to give her money