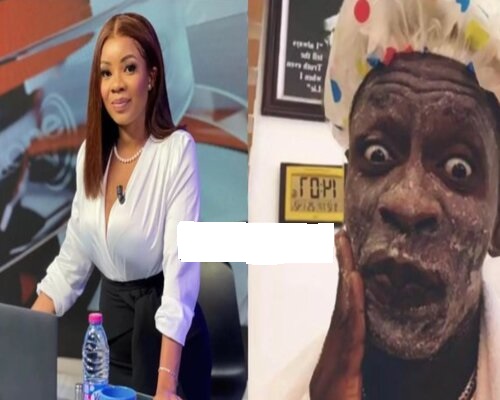 Award-winning dancehall artiste Shatta Wale sends a photo of his manhood to GhOne tv news anchor Serwaa Amihere and she furiously reacts as she warns him never to do that again.

Serwaa Amihere took to her Twitter page to reveal that Wale has showed her something and she didn’t like what it was.

She added that she does not want him to show her that ever again with a crying emoji at the end of the message.

Although, she wasn’t specific whether he showed her his penis or something else Shatta himself revealed what she showed her.

Below is the screenshot

Woman quits job at ministry of finance to start an eatery