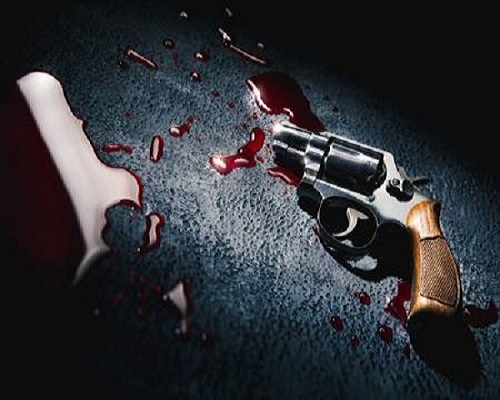 A journalist with the news portal, newswatchgh.com, has suffered a fractured leg after sustaining gun wounds.

Pious Aseidu was shot in the left leg by a man believed to be an NPP sympathiser, while observing the electoral process at the Ablekuma Central collation centre on Tuesday dawn.

The shooting incident which happened around 2:30 am on December 8, 2020, left Aseidu, a police officer, and one other reporter from GBC radio, Doreen Ampofo, suffering various degrees of injuries.

Doreen got injured from a heavy fall in an attempt to flee from the gunshot.

Narrating the incident, the editor of the website, Robert Mawunyegah, aid a misunderstanding between the two major parties over figures on the pink sheet at the coalition center turned violent.

“Both the NPP and NDC agents started exchanging words and from nowhere a gentleman named Kola (not his real name) but a sympathizer of the NPP pulled out a gun and shot Pious on the left leg, the bullet entered and exited and so he has two broken bones”

“Xray revealed that one of the bones need to be supported with metals which according to health professionals will take him about 18months to recover” he added.

Addressing the press on the development, Roland Affail Monney president of the Ghana Journalist Association charged the police to arrest and prosecute the perpetrators,

“Prosecute perpetrators to serve as a deterrent to other hooligans who may want to perpetuate such actions in the future and such uncivilized actions must be denounced in no uncertain terms as they have left some of our colleagues in critical conditions,” he said.

The victim has since been admitted at the Ridge Hospital, waiting for surgery

“The GJA wishes to reiterate the call on all political parties to refrain from attacking journalists whose job only is to enhance transparency and fairness of the electoral process “he added.

PHOTOS: Nana Addo’s Statue Found Facing Down After The Election

One dead, another injured in Ablekuma Central Constituency chaos