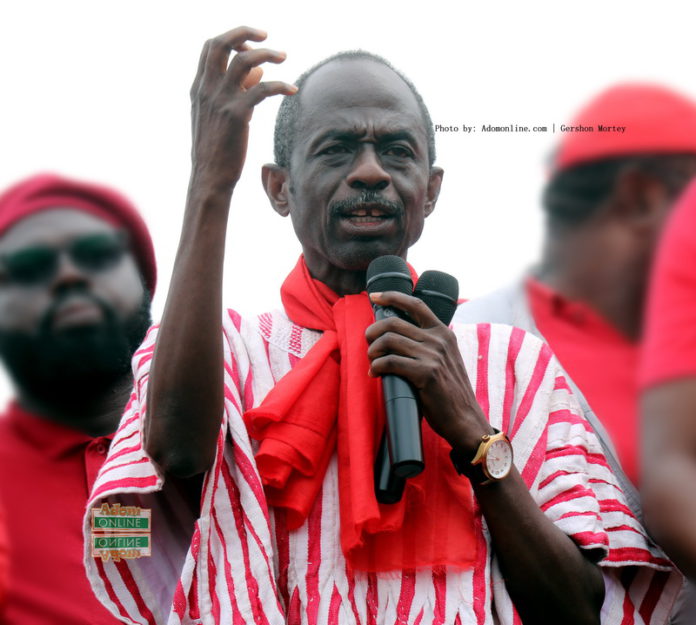 The opposition National Democratic Congress (NDC) has warned the Electoral Commission (EC) against any attempt to steal the elections for the governing party.

At a press conference at the NDC headquarters on Tuesday, December 8, General Secretary of the party, Johnson Asiedu Nketia, said although the EC had promised to declare results within 24 hours, it has not begun the process to authenticate regional results at the National Collation Centre two hours the deadline.

Mr Asiedu Nketia told a packed conference of NDC supporters and the media personnel that since 1992, the convention has been that election results reach the National Collation Centre when they are declared on the field.

“We want to call on the international community, we want to call on peace-loving Ghanaians, the traditional authorities to urge the Electoral Commission to do the right thing. And to warn the Commission that any false step will come along with serious consequences,” he warned.

He said the NDC is worried that collation has not started at some regional offices, about 24 hours after the close of polls.

“When the same Commission’s returning officers have declared the results in the various constituencies. Why is it that collation has not started? And the Electoral Commission still insists that it will be declaring elections two hours from now.

“Transparency requires that when the results trickle in they are certified and made available to the public so that everybody can follow the results.

“Our officers are in Koforidua now, at the Electoral Commission’s offices but the Commission has not started any process of collation at all at the regional level. So what is happening?” he quizzed.

Mr Mahama lost to Akufo-Addo in the 2016 election by a huge margin.

Click here to follow our Ghana Election Page for all the figures and results from the constituencies.

You can also click here to follow our livestream of Election Desk for all the press conferences, updates and interviews on the elections.

Your comment could incite violence, be calm – Gyampo reacts to Mahama’s ‘victory’ utterance