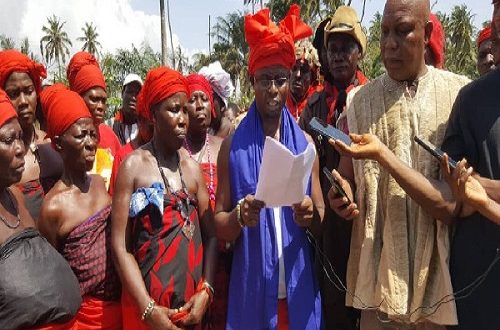 Electoral activities in the Volta region are taking a new twist as some residents are resorting to possible spiritual means to protect themselves against persons they term as bad nuts planning to foment violence ahead of Monday’s general elections.

On Friday and at a press conference held in Aflao, in the Ketu South constituency by a combined group of local warriors of the Aflao Traditional Area, the group stated that they would not sit down and allow troublemakers cloned in security attires to cause any form of violence in their land before, during and after the elections.

Addressing the press, secretary to the warriors, Hunor Sagie said, “It is unfortunate that while the entire nation is seriously preparing to take part in their civic right of voting in December, some bad nuts are planning to cause trouble in the Volta region. This is unfortunate, disturbing and has struck a chord in the spiritual community and the gods about to strike. Yes, strike and strike hard.

It has been revealed to our priest that some vigilantes are to be armed abs dressed in military/security uniforms while others will be in plain clothes. Our spiritual father says that these people have been recruited and are being financed by some influential people in high places. Their mission is to ensure that our citizens don’t get to vote.”

He further warned that their gods would strike such persons if they continue to pursue their troublesome agenda.

“We want to sound this note of caution, that any individual who is not a trained, qualified security personnel who abides by the codes of their respective departments and enters the land of Volta region to suppress the Civic duty of any son or daughter or resident of the region will be left with their lifeless bodies without a single shot of a gun, cutlass nor stone.”

The Volta region and most especially, residents in the Ketu South constituency continue to berate the government over the recent deployment of the heavy military into the region.

The deployment which started since the closure of the Ghana-Togo border in March coinciding also with a new voter registration exercise by the Electoral Commission (EC) has been described by many in the region including the Volta Regional House of Chiefs as a ploy by the Nana Addo led government to intimidate, brutalize and disenfranchise residents in Monday, December 7th polls.

Though the government continues to justify the deployment, there remain concerns among residents who seemingly do not trust the government’s position.

Previous SAD VIDEO: Nana Ama Mcbrown Involved In An Accident
Next Watch how Funny Face ‘grinds’ the backside of a woman at Market 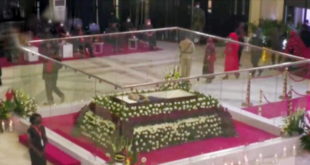 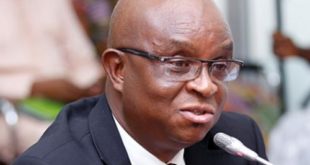 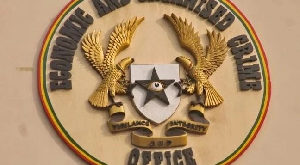 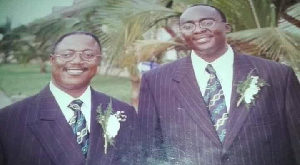 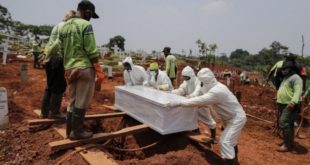 Six more people have died from COVID-19 in Ghana with the death toll now 367, …

It’s almost 200 years since the Battle of Nsamankow, which was fought between the Ashanti …