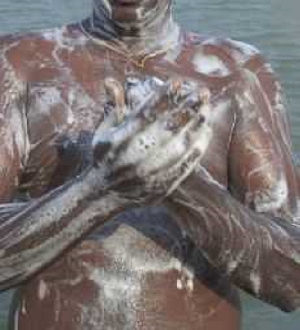 An ardent supporter of the ruling New Patriotic Party (NPP) has wowed social media users after hitting the streets to take his bath in his bid to campaign for the party in the 2020 general elections.

According to a background voice that was urging him on, the NPP man’s gesture follows President Nana Addo Dankwa Akufo-Addo’s directive to extend the free water package that was announced in the wake of the Coronavirus pandemic.

To campaign, the man took his bucket of water, soap, and sponge to the streets during a rally that took place in his neighborhood.

He was further helped by another female supporter who took the sponge from him to help him with the bath.

Some bystanders, who were surprised by the gesture, took out their phones to record the surprising moment. 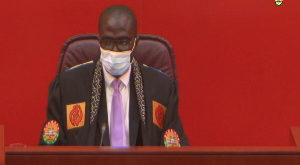