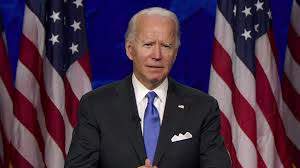 A handful of current Trump administration officials, as well as some political appointees who left in recent months, have quietly started to reach out to members of President-elect Joe Biden’s transition team, according to people briefed on the matter.

The outreach is a sign that President Donald Trump’s refusal to concede the election and the continued obstruction from the White House is beginning to frustrate even those affiliated with the administration. The General Services Administration still has yet to acknowledge Biden’s victory and begin the formal transition. As a result, Biden and his team remain locked out of access to contacts with the federal agencies, funding to help ramp up government hiring for the new administration and access to classified intelligence briefings.
BIDEN TRANSITION
One former Trump official told CNN they’re viewing the outreach effort as putting duty to the country over partisan considerations. The conversations are not as detailed as formal briefings that would take place under the officially sanctioned transition, sources said, but they at least could help incoming Biden transition members have a sense of the issues they might have to deal with upon taking office.
Another former White House official who left the administration a few months ago said that he personally emailed someone who he expects will be back in the Biden administration in a similar role to his and offered to help.
One current administration official confirmed to CNN on Wednesday that there has been informal outreach from inside Trump’s government to Biden’s team. “Nothing that would get us in trouble,” the official said. “Just an offer to be of help. They know what we mean, and what we can-and-can’t do or say.” 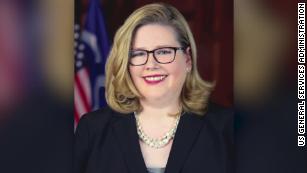 ‘It’s a terrible situation’: Inside a government bureaucrat’s pressure-filled decision to delay the transition
The official said that outreach thus far hasn’t resulted in any substantive conversations.
close dialog
A senior adviser to Biden acknowledged the outreach from across the government, but declined to comment. A separate Biden aide said the assistance was appreciated and in several cases was an outgrowth of pre-existing relationships in specific fields, but noted that it was not nearly as robust as a traditional transition of power.
“It requires more than former officials choosing to step forward and be helpful to ensure a smooth transition of power,” Kate Bedingfield, deputy campaign manager and transition adviser to Biden, told CNN. “GSA should follow the law and ascertain the results of the election so that Americans get a smooth and effective hand off between administrations.”

It’s been more than a week since CNN and other news organizations called the presidential election for Biden. Since then, the Trump campaign’s lawsuits challenging the result in a handful of states have been repeatedly tossed out of court.
Still, employees in at least one federal agency are still being warned not to talk to anyone on Biden’s team.
Health and Human Services staffers were told Wednesday that if anyone from President-elect Joe Biden’s team contacts them, they are not to communicate with them and are to alert the deputy surgeon general of the communication, according to an administration official.
Secretary Alex Azar also said during a briefing on Wednesday that staff will not work with Biden’s transition team until the General Services Administration makes a determination that Biden is the President-elect, a decision that is made by a Trump appointee.
“We’ve made it very clear that when GSA makes a determination, we will ensure complete, cooperative professional transitions and planning,” Azar said. “We follow the guidance. We’re about getting vaccines and therapeutics invented and get the clinical trial data and saving lives here. That’s where our focus is as we go forward with our efforts.”
Though it’s not clear how widely the instructions were disseminated at the department, the directive underscores the lengths the administration is going to in order to stonewall Biden’s transition on critical transfer of power activities, including matters concerning the coronavirus pandemic.

Another former US official who participated in the last transition said that while the GSA’s official sanction is important, some agencies are limited in what they can share with transition members even with the GSA’s blessings. At the Justice Department and intelligence agencies there’s some information that will have to wait until the Biden names prospective members of his administration and they receive the necessary clearances.
The GSA delay does however slow the process of getting those clearances. Still, many Biden transition members served in the Obama administration and maintained security clearances in the interim.
CNN previously reported that some Biden transition team are reaching out to former Pentagon officials who worked for former Defense Secretary Jim Mattis.
The conversations are the result of the inability to engage with current Pentagon officials at this time, sources told CNN. And they come as an effort to build the transition team’s understanding about what has happened in the department over the last four years. Reaching out to former officials is “the next best thing,” one of the former officials explained.

‘A nice change of pace’

A separate White House official criticized the overall drama that continues to engulf the West Wing, even as this administration comes to a close. This person told CNN that a Biden administration will be “a nice change of pace” by comparison.
A different White House official shared that sentiment, telling CNN that they had already sent out their resume to potential employers.
“Looking forward to getting out of here,” this person told CNN.
CNN.COM
TRUMP 2020-11-19
Elvis Anokye
Share