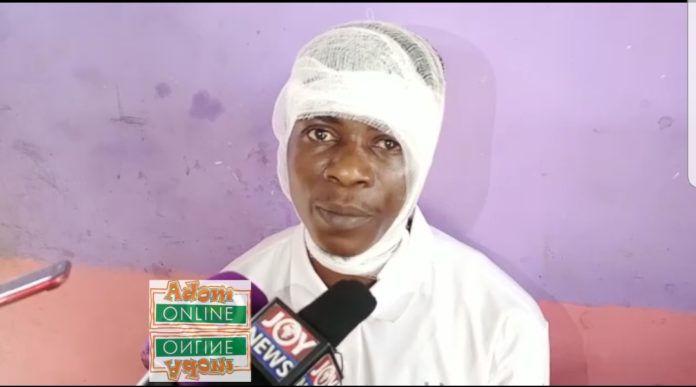 A barber at Kasoa Walatu, Denis Authur, received the beatings of his life when he was sighted with a policeman’s daughter.

The 24-year-old narrated to Adom News he lent his MP3 player to the quarter master of Kasoa District Police Command’s daughter.

Upon returning the item, he said the policeman followed his daughter on suspicion they were involved in a romantic relationship.

When the policeman got there, he issued a threat to him to end the relationship, which they had said was non-existent.

At around 11:pm, the barber said the uniformed police officer returned, and without any provocation started attacking him.

Thereafter, he was transferred to the police station where he spent the night, coupled with more assaults.

The slaps and beatings have left him with severe headache and a swollen left eye.