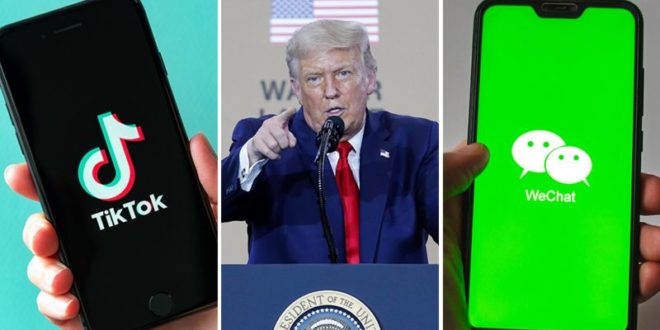 His re-election campaign team is investigating the security breach.

“The world has had enough of the fake news spread [sic] daily” by the US president, a message on www.donaldjtrump.com briefly displayed.

The campaign team said there was “no exposure to sensitive data because none of it is actually stored on the site”. The website has now been restored.

Screenshots circulating online show the website briefly displayed a fake message, accompanied by the FBI and the US Department of Justice badges.

“It is time to allow the world to know the truth,” the text on the website read.

“Multiple devices were compromised that gave full access to Trump and relatives.”

The hackers also claimed to have proof that the US administration “is involved in the origin of the coronavirus” and interfering in the presidential election, which takes place on 3 November.

The message then asked for cryptocurrency donations in exchange for access to this information.

There is no evidence to back these statements, and the Trump campaign denies any sensitive data was collected.

“The Trump campaign website was defaced and we are working with law enforcement authorities to investigate the source of the attack. There was no exposure to sensitive data because none of it is actually stored on the site,” Trump campaign communications director Tim Murtaugh said in a statement to CNN.