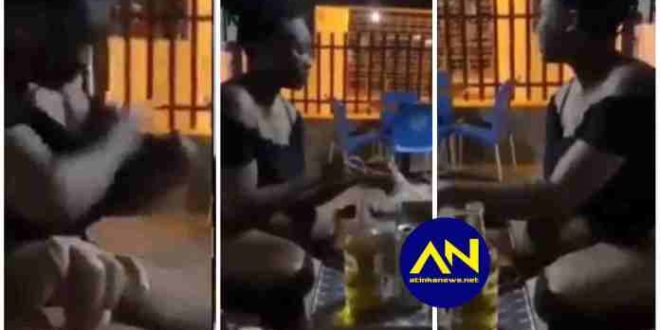 In a video sighted on social media, an unidentified lady who is believed to be a professional at stealing foods from such venues was caught on camera this time around.

Whether its hunger or poverty, nobody knows as this said lady is seen stealing and hiding tilapia in her bra while on a date.

For the good reasons on her side is there might be money in the house or she is so broke that she cant miss out the chance to leave a whole tilapia behind while on a date.

And on the bad side, social media users are trolling her for doing such an act in public and the shocking thing is hiding it in her bra

The video saw the lady picking the tilapia and packing them in rubber while she checked whether someone was watching her or not.

She quickly went ahead to hide the stolen tilapia in her brassier – right under her breast!

Watch the shocking video below;