It is sometimes painful when one does not heed to her own advice and does all she told others not to do. The sparking moment is when she is given the same advice she gave to others.

And this is the exact situation award-winning Ghanaian gospel musician, Joyce Blessing finds herself in today.

Julie advised her former client in an interview with Happy 98.9 FM’s DJ Advicer, host of the Ayekoo After Drive.

A few days back, Joyce Blessing cursed Julie Jay for allegedly sabotaging her various social media accounts, especially Youtube despite paying her every dime she supposedly owed her, claimed she (Julie) was having an affair with her former husband amidst many other allegations.

Julie reacting to these claims noted all these were false accusations from Joyce, whom she considered a sister.

The publicist noted that she only had a working relationship with Joyce’s former husband. She further clarified that she was not the cause of their divorce as Joyce herself confided in her after the divorce. “She told me that there were problems in the marriage and that things were not working. How come I am now the cause of their divorce?” she asked.

On her authority, Joyce Blessing has never paid her a dime for the past 3 years that she worked for her.

Referring Joyce to her own song repent, Julie said, “I have never done anything to Joyce to repent from. She is the one who needs repentance”.

If you don’t go to heaven don’t blame Jesus

Previous ‘Don’t regard me as a celebrity’ – Medikal tells Ghanaians
Next BREAKING News: Sammi Awuku, others escape another accident; vehicle goes up in flames 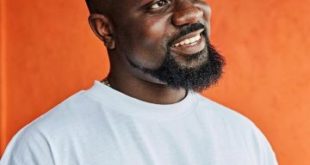