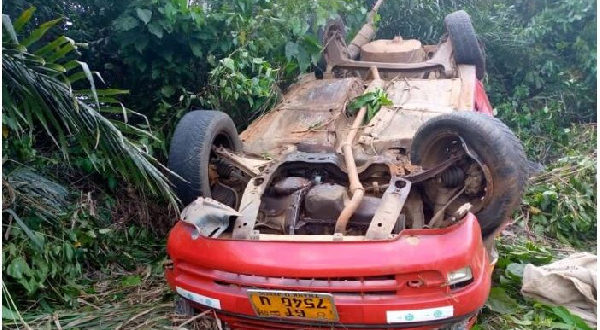 Four persons are in critical condition following an accident that occurred at Breman Essiam-Nyamebekyere to Assin Fosu road in the Ajumako Enyan Essiam District of the Central Region.

The accident involved a taxi with registration number GT 7540 U, which was from Breman Essiam to Hasowodze, and a Benz Sprinter bus from Assin Fosu to Accra.

An eyewitness narrating how the accident occurred told Kasapa FM News Yaw Boagyan that the Sprinter bus occupied a major part of the road in a sharp curve making it impossible for other cars to drive past. In the process, the oncoming taxi driver decided to drive through the bush to avoid a head-on-collision but unfortunately lost control and somersaulted three times.

All four occupants sustained serious injuries and were rushed to the Ajumako Government hospital for treatment.

Residents say that a particular stretch of road is accident-prone as it has recorded many accidents in the past years.

About three weeks ago an accident was recorded on the said road. Early this year, a headmaster was involved in a serious accident and lost one of his legs in the process. 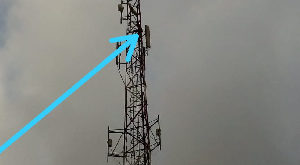