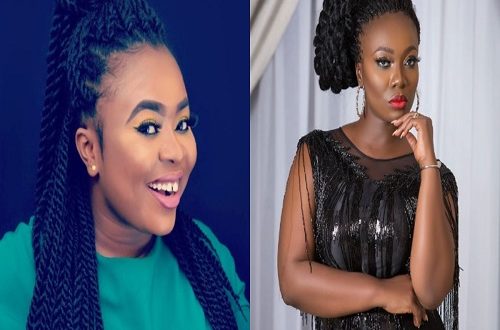 Dr Oteng’s god daughter and TV Presenter, Adu Safowaa is reportedly in the custody of Police after Stacy Amoteng reported her to the CID.

According to certain sources online, she was picked up on the early hours of Wednesday the 21st of October 2020. It seems she was reported by the General Manager of Angel Broadcasting Network for defamation.

Adu Safowaa has been fighting Stay Amoateng for a few weeks now after she alleged that Stacey was behind the collapse of Akua GMB’s marriage and other numerous allegations.

Thou Stacy hit back with a few post on Instagram, it seems this time she has taken the matter far and has reported her to Police who picked her up for questing