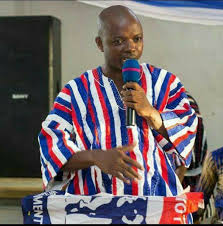 According to him, it is unlawful for any government to pay customers of the gold firm because it is an individual company and therefore the state cannot release funds to rescue it not even on the day of elections.

“For me, if the NPP decides to pay customers of Menzgold, I will cease campaigning for the party”, Mr. Kwame Baffoe told Hello Fm in an interview monitored by MyNewsGH.com.

“What is so special about NAM 1 that Akufo-Addo is shielding him? Why do you unleash the police on innocent customers while NAM 1 walks free”, Former President John Mahama quizzed.

However, responding to this comment by the leader of the NDC, Abronye also accused Mr. Mahama for not making an attempt to also pay customers of defunct micro finances institutions that collapsed during his government.

Abronye further insisted that his party NPP is not going to pay customers of the collapsed gold trading firm and should leadership decide to do so he will stop campaigning for the party because paying customers of Menzgold is not backed by law.

He also alleged that Nana Appiah Mensah during the 2016 general elections sponsored the NDC’s campaign with an amount totaling GHC 5.6 million.

The Securities and Exchange Commission (SEC) in 2018 asked Menzgold to suspend its gold trading operations with the public.

According to the SEC, Menzgold had been dealing in the purchase and deposit of gold collectables from the public and issuing contracts with guaranteed returns with clients, without a valid license from the Commission.