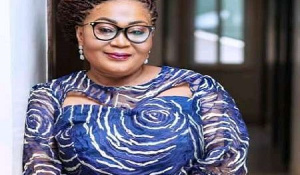 Former President and leader for the National Democratic Congress (NDC) John Dramani Mahama has given reasons his wife is conspicuously missing from the political space in recent times even as he seeks to return to government.

He disclosed that the former first lady was traumatized by the lies told about her in 2016 and has decided to take a back role in politics.

According to him, she has decided to focus on her foundation so that her husband can also focus on his politics.

In case the NDC is declared the winner of the 2020 election, Mahama says his wife will continue to focus on her Foundation and will not be actively involved in politics.

He indicated that the party currently has a female Vice President and will also have a gender Minister who will be championing issues with regards to women empowerment and anything centred on women.

“In 2016, there were a lot of lies against her [Lordina] so she was a bit traumatised by the experience so she wants to take a back role, let me do my politics,” he said in an interview on Accra-based Asempa FM which was monitored by MyNewsGh.com.